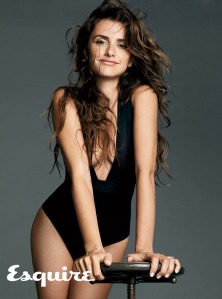 One of the results of having such an interconnected world is that it seems that something that happens in one country will have an impact on many others. For example, a effects of a war in another part of the world will be front page news in this part. A lot of the news stories in this week’s SLO have an international impact.

So with that preamble out of the way, it’s time for the links. Here’s Penelope Cruz who was named Esquire’s sexiest woman alive. Before anyone complains, realize that it’s all marketing for everyone involved.

Former Prime Minister Jean Chretien wrote an op-ed supporting a non-combat role against ISIS which once again puts him opposed to Stephen Harper’s Middle East military policy. Chretien was right in 2003. Could he be right again here? (The Globe and Mail)

A Canadian man is selling Trader Joe’s in Vancouver using his grey market store. It’s an ingenious way to make money and get around all the legal hoops Trader Joe would have to go through to legally export into Canada. (Priceonomics)

American banks are opening up branches in high schools. How else are you going to take from the suckers? (Salon)

We always hear about the best colleges in the world. What are those American colleges that you should avoid like the plague? (Washington Monthly)

TV shows that subject people to polygraph tests and embarrass their family and friends usually just end with a little laugh for the crowd. That same style of show led to the murder of a contestant in Peru. (The California Sunday Magazine)

A while back, the European Court of Justice required Google to introduce a means by which people could request old links about them get taken down. The BBC is fighting back by assembling a list of their stories that have been pulled from Google. (BBC News)

Lockheed Martin’s Skunk Works division thinks they are ten years away from building a compact nuclear fusion reactor. This would be a complete game changer for the world. (Washington Post)

I’m sure I’ve linked to similar articles before but the next time someone says they don’t like watching football, tell them not to worry. Less than 10% of a football broadcast is actually football. (Medium)

Every now and then, a football player reaches into the WWE’s bag of tricks and delivers a devastating suplex. spinebuster, or clothesline to opposing players. (Fox Sports)

Want to hear every NHL goal horn? Of course you do. (We Just Scored)

Community’s Dan Harmon talks about his upcoming documentary and his time on Community. (Details)

Remember NHLer Alex Radulov? He’s been shipped off to Russia and he’s still in a bad mood. It took a penalty box attendant to put him in his place.