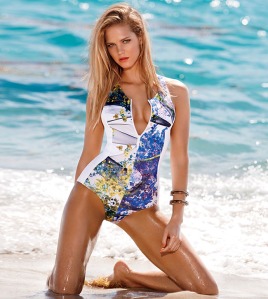 It’s a slightly abbreviated edition of the Wednesday links today. Today’s linkdump is basically about one thing. Whether you call it CelebGate or The Fappening or the biggest leak of celebrity nude pictures in the history of the internet, it’s been dominating the news and we have a fairly in-depth set of links about the story. No, there aren’t any links to the pictures but I’m sure that you don’t need help finding them.

Anyway, let’s get to the links with someone not in the scandal. Here’s Erin Heatherton.

While the original story is that The Fappening was a massive iCloud hack, that may not be true. The latest story is that this was a leak from an underground celebrity nude pic trading ring. The funny thing is that’s somehow more plausible than a massive hack of iCloud. (Gawker)

Even though The Fappening caught everyone off guard, warning signs were out there for weeks. Deadspin was approached by someone who had been offered Jennifer Lawrence nude pictures in an exchange. (Deadspin)

And in another late development, some pictures and albums aren’t being taken down because of threats over the legality of posting nude celebrity pictures. Photos of McKayla Maroney and Liz Lee were taken when they were under 18 so they are considered child pornography. (The Daily Dot)

Reason #14,138 that you shouldn’t watch CNN: Their “tech expert” thinks that 4Chan is a hacker. (Mediaite)

And to make the celebs feel better about this, Apple says that it wasn’t a flaw on their end that allowed the initial hacking to happen. Basically, they’re blaming celebs for not using two-stage verification or stronger passwords. (Mac Rumours)

Let’s cheer up everyone that is in CelebGate, especially Selena Gomez. Justin Bieber was arrested for assault and dangerous driving because of course he was. (CBC News)

Today in Only In America news: A statutory rape victim is being forced to pay child support to the woman who took advantage of him. Try figuring that one out. (USA Today)

The Department of Homeland Security was created in the wake of 9/11 to protect America from terrorists. Now, it’s being used to militarize police forces who are only policing American citizens. (The Guardian)