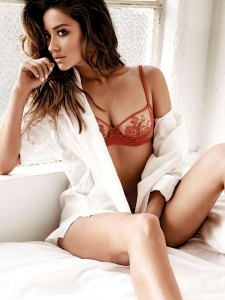 With this week being E3, I have been extra busy over on et geekera with all the news and trailer roundups from the press conferences as well as with the other bits of news that devs are giving out to the press. There’ll be scads of E3 coverage here starting tomorrow but you can get it early on etg.

Today on The Lowdown, though, it’s time for the links. Let’s start with Canadian actress Shay Mitchell. What does she have to do with gaming? Nothing but neither does this post.

In Venezuela, prostitutes make better money as a currency exchange than they do as prostitutes. (Bloomberg)

Google did an internal examination of its hiring practices and found that impressive transcripts and degrees don’t translate to on-the-job results. Hell, anyone that works could’ve told you that. (Business Insider)

In Utah, you can’t have bare arms if you’re a woman. Such a wonderfully equal state. (Standard Examiner)

Donald Trump fell for a fake quote from a fake book that was attributed to him. This man probably shouldn’t be allowed to speak in public ever again if he can’t remember what actually comes out of his mouth. Okay, I would have said that today whether he did this or not. (Mediaite)

Speaking of fake stories, the NSA says that their data gathering and analysis systems are so complex that they can’t stop them deleting evidence requested in privacy lawsuits. Come on. Like we’re going to buy that story. (Washington Post)

Vladimir Putin is talking about renaming Volgograd to its former name of Stalingrad. Anyone else getting increasingly worried about what’s happening over there in eastern Europe? (The Guardian)

College football players will no longer be making plays for all the Tostitos. With the start of the College Football Playoff this year, there’s a lot of sponsorship turnover. (Sports Business Journal)

How far would The Proclaimers walk if they walked 500 miles and then 500 more>? (Citylab)

And now, an unscientific look at what’s the best burrito in America. (The Concourse)

Just for fun, here are some facts that you probably didn’t know about popular beer companies.

Spurs coach Gregg Popovich has a fool-proof strategy for dealing with LeBron.