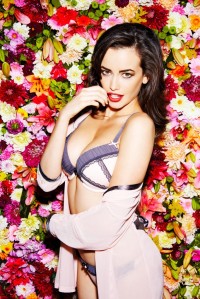 So… That was allegedly a Super Bowl. At least Bruno Mars wasn’t as bad as he could have been. And I was outscoring Denver against the spread for the first 44:59 of the game. What a sad game.

Anyway, it’s the middle of the week which means that it’s time for the links. Let’s start with Aussie model Sarah Stephens.

Woody Allen’s daughter, Dylan Farrow, talks about how her famous father molested her as a child. And Hollywood is honouring this man? (New York Times)

Gun violence in schools doesn’t seem to be on the decline. An examination of the personalities of the men involved tend to indicate some common social and psychological factors. No, it’s not video games. (Al Jazeera America)

The Conservative government is planning to introduce the “Fair Elections Act” which will allow the wealthy to make more political donations, restrict the investigative authority of the Chief Electoral Officer and tighten voter ID laws. In other words, it’s fair to Harper. Everyone else? Too damn bad. Welcome to Harper’s Canada. (National Post)

It turns out that the Russians not only hate gays but the run up to the Olympics reveal that they hate dogs too. Their villainy knows no bounds. (Associated Press)

Oh, and it’s not just Russia who are against homosexuals. Eight American states have laws on the books banning gay “propaganda.” (Washington Post)

Speaking of hate crimes, a lot of idiots really hated Coca-Cola’s multicultural-themed Super Bowl ad. Too bad for them. Multiculturalism is America’s future. (The Daily Beast)

Well, the Super Bowl was a bit of a dud this year. At least we have the Jim Ross call of the game to make it slightly entertaining. (Deadspin)

A statistical analysis shows that the Broncos really did have their asses handed to them. (SB Nation)

The man who crashed the Super Bowl MVP press conference just lied his way past security. Bet that makes everyone who went through TSA-level screenings feel so safe. (NJ.com)

The winner of the Wing Bowl was a 120-pound mother from Nebraska. You don’t have to be King Kong Bundy to win a competitive eating competition. (Philly.com)

Want to know everything that’s wrong with Robocop in 7 minutes? No, the original one. We don’t have enough time for everything wrong with the remake.

We’ll have my new column about exploitative microtransactions in gaming tomorrow. Here’s a little teaser to tide you over.

One thought on “Wednesday Link-Off: Not So Super Bowl”