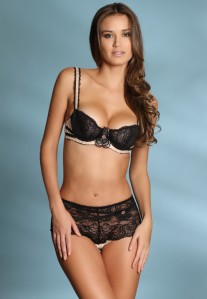 We’re working for the weekend. If you are, you can check out today’s edition of the links. Let’s kick off with Talita Correa who is another of the multitude of models from Brazil. I really need to get down there at some point in my life.

As unfortunately tends to be the case with tragedies, the media is more interested in being first with their news rather than being right. Just ask Rollie Chance who was incorrectly identified as the shooter by numerous outlets. (Washington Post)

Speaking of being first rather than right, a BuzzFeed writer was so keen to say that guns stop mass shootings that he neglected to include facts in his article. (Mother Jones)

The GOP are trying desperately to defund Obamacare but don’t seem to have the facts straight. Then again, the Dems aren’t too much better. Check out this fact checking of the Affordable Care Act before you pick a side. (FactCheck)

The full UN report about chemical weapon use in Syria has everyone but Russia thinking that the Syrian government were the ones dropping sarin gas on citizens. (Think Progress)

The French Senate has banned child beauty pageants and ruled that beauty contests involving children under the age of 16 is a criminal offense. Can we get this rule in America? (The Local)

Do you have a Canadian cell phone? The Canadian government is using is able to spy on everything you do with it. Everything. (et geekera)

Do you know how big of a political power player the owner of your favourite NFL team is and whether he uses his clout for good or evil? (Mother Jones)

Rocky II is iconic for the training run through Philadelphia. How far did he run? (The Philly Post)

Who else woke up Wednesday morning to find the top story on Sportsnet Connected was the butt tag?

Just for fun, here’s the OSW Review music video using their intro, Acceptable in the 80s. Awesome balls. (Which, coincidentally, is something that’s made it into my everyday lexicon.)