Did I miss the memo? I’m convinced that there is a missive sent out to video games writers with talking points that we’re all supposed to stick to for a year.

Last year, it was that the vision of a developer should never be questioned. Look at the uproar over Mass Effect 3’s ending. Despite the plot holes and inconsistencies in the ending sequence, many members of the media defended BioWare by saying that this was BioWare’s vision and it shouldn’t be compromised because we shouldn’t compromise the developer’s “artistic integrity.”

This year, artistic integrity is no longer an applicable concept when talking about the contents of a game. Now, if a writer feels that the majority of people should be offended by something, it should be changed. In twelve months, we’ve gone from a developer having unassailable artistic integrity to a press corps getting dangerously close to censorship.

Let’s talk about personal taste first. I think that everyone is free to like or not like whatever they choose. For example, I don’t like mushrooms. Never been a fan of the texture even though I like the smell. I don’t hold liking mushrooms against people who do nor do I advocate for the removal of mushrooms from supermarkets or recipes with mushrooms from cookbooks or restaurants.

I like to think that’s a pretty rational way of going through life. If you don’t like something that I like, that’s fine. What you’re not allowed to do is say what I shouldn’t like or that I am wrong for liking that thing that you don’t like.

I think that’s where a lot of problems start on the internet. When someone says that they don’t like something, a lot of people take that as that you’re wrong for liking it. That starts the big wars in comment sections on columns, videos and blog posts. This is especially true of video game reviews.

Take the recent example of Polygon’s review of Dragon’s Crown. 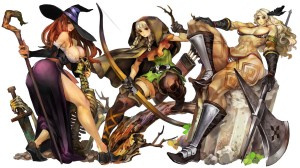 Reviewer Danielle Riendeau liked the action in the game but wasn’t at all fond of the repetitive nature of the gameplay or the depiction of a couple of the ludicrously proportioned. These resulted in her giving Dragon’s Crown a 6.5 out of 10. The key line that everyone focused on was “I found its over-exaggerated art style alienating and gross in its depiction of women.”

We all know that the comment section blew up and the comments are still up there should you dare read them. Suffice to say that a lot of Polygon readers weren’t impressed with the review.

I don’t think there’s anything wrong with Danielle’s opinion about the art style. I don’t find Dragon’s Crown’s art offensive (including the barely clothed, over-muscular dwarf character) but I don’t find it sexualized, either. I kind of found the over-the-top character design to be a bit comical.

In isolation, there’s nothing wrong my opinion or Danielle’s opinion. However, Danielle’s opinion was followed by that 6.5 out of 10 which is about 20% less than the aggregated average score on GameRankings and not a score at which Polygon would recommend a game. Fans of Dragon’s Crown saw this as a games reviewer telling them that their opinion was wrong and that they shouldn’t like the game and should be offended by the game’s art style.

I doubt that was Danielle’s intention at all. I think she just didn’t like the art design of the game. That’s well within her right as a person to not like how a game looks. If she said outright that you were wrong to like the game and that the game’s graphics should be redesigned, that wouldn’t be an opinion or criticism. That would be censorship.

That brings me to the latest furor over Hotline Miami 2. The original Hotline Miami was a game that broke the fourth wall. It was a game that subtly makes you question all of the violence in video games. Sure, it had gratuitous violence but it tried its damnedest to make you a little uneasy about it after the adrenaline and music died down. 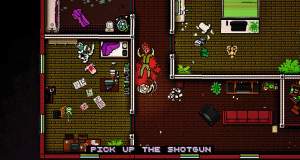 A PC Gamer preview included (well, focused on) a description of a scene in Hotline Miami 2’s demo that depicts the player character throwing a baseball bat at a woman, laying on top of her and pulling down his pants before a previously off-screen movie director yells “Cut!” all without the input by the player.

Obviously, this was a depiction of a rape. Previewer Cara Ellison said that she felt alienation, resentment and betrayal by video games over the depiction of a player character committing a rape. Well, a fictionalized rape in the context of a fictional movie which seems to fall into the territory of a meta-narrative that we got from the first Hotline Miami but a depiction of rape nonetheless.

Don’t tell that to some prominent members of the games media whose reactions to this preview border on advocating for censorship of HM2. Michael French, editor-in-chief of industry publication MCV, tweeted that Hotline Miami is tasteless and HL2 crossed the line. Developer Ed Fear said that Hotline Miami devs Dennaton Games should take not of Ellison’s article. Indie dev and Gamer’s Quarter founder/editor Anna Anthropy said, “f*** hotline miami and its sequel, f*** cactus, and f*** all of us for allowing this to keep happening.”

The problem is that none of these people say why they are opposed to the scene. Do they not want rape depicted in any entertainment media? Are they just opposed to the depiction of rape in video games regardless on context? Perhaps they feel that this scene glorifies rape.

To call for the censorship of a piece of media that glorifies or encourages rape, that’s okay. Rape is wrong. Period. To encourage people to rape other people is wrong. While I’ll allow you to have your own opinion about whether the fictional depiction of rape is ever justifiable or not, I think we have to all agree that glorifying rape is wrong.

However, that’s not what Ellison’s description of the scene implies. It appears to be a part of the narrative and not actively encouraging raping women. What the scene is truly supposed to mean isn’t something that we’ll know until we play the full game. If it was encouraging rape, the game would have a mechanic along the lines of raping a woman gives you ten seconds of invulnerability. This scene, for now, just looks like it’s part of the game’s story. And we’ve all seen the studies showing no causal connection between video game violence and violence behaviour in real life so the depiction of rape won’t immediately lead to an increase of rape in society.

The so-called trigger argument that some have brought up doesn’t pass muster either. I don’t think that saying that the rape in HM2 could trigger trauma in rape victims is any more valid a reason for censorship than with any other game. There’s physical and gun violence in almost every game on the market. Should they remove violence from those games or other entertainment media because it might affect a victim of physical abuse or gun violence? If all violence was removed from media and pop culture, all we’d be left with is reruns of Barney, Sesame Street and Mr. Rogers’ Neighbourhood.

What happened to last year’s championing of artistic integrity? The people who made the game were considered artists and their games referred to as art. As such, they could be criticized but it wasn’t appropriate to call for artists to compromise their vision because a group of people disagree with it. It’s hypocritical for the games media to seemingly do a one-eighty on their opinion of the rights developers have to express themselves how they so choose.

While I have no issue with advocating the censorship of content in games that actively attempts to lead to the downfall of society, such as encouraging violent or illegal acts, that’s not what’s happening with Hotline Miami 2, It’s people telling us that the content of the demo is wrong and should be removed from the game because that’s what they believe and what they think society should believe.

People are entitled to their own opinions and interpretations of art but they aren’t entitled to force that view on everyone else.