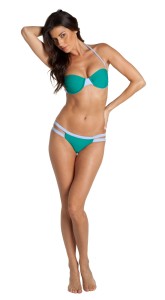 Welcome to the first Feedly edition of the link-off. I’ve gone to Feedly to replace Google Reader. It’s not perfect but I think it’s the best replacement. I’m also taking to Reddit to find cool links now too. It’s a bit of a change of sourcing but hopefully you won’t notice too much of a difference.

Mohamed Morsi is no longer the president of Egypt. Was this another people’s revolution or did the military intervention make this more of a coup in all but name? (Vice)

The story of NSA whistleblower Edward Snowden has gotten more interesting. The leaders of Nicaragua, Venezuela and Bolivia have all said they would grant Snowden asylum. The Americans aren’t happy about that. (RT)

And when you’re in the middle of a controversy, recruiting isn’t a good idea. Right, NSA? (The Guardian)

Rob Delaney doesn’t like abortion but that doesn’t mean that he thinks it should be banned. In fact, he’s a supporter of legalized abortions. (The Guardian)

When situations escalate, it never turns out well. Just ask the Brazilian soccer referee whose head was put on a spike at the middle of the pitch. (Eurosport)

People might be tired of all the crappy banter and segments on SportsCenter (and SportsCentre but it’ll be better without Jay and Dan) but ratings suggest that people aren’t interested in straight highlights shows. (Sports Business Journal)

Should we be talking about what Kyle Petty said about Danica Patrick’s driving ability, or lack thereof, or that he actually said something critical about one of NASCAR’s most popular drivers while he’s employed with two NASCAR TV broadcasters. (Jersey/Slant)

The Olympics are all of eight months away but some athletes are still struggling to pay for their training for Sochi. (USA Today)

The great Jim Sterling put together a guide to keep people’s heads on straight when it comes to the Kickstarter campaigns they back. Jim wrote it about games but it really applies to everything on there. Thank God for Jim. (Destructoid)

Now that Arrested Development is done for now, Michael Cera is branching out from acting into writing and directing. (New York Times)

Have you noticed how most of the women in scripted primetime TV are all doing very well for themselves? Kate Carraway has. (Hollywood Prospectus)

Ellen Page was being interviewed about a new movie she’s in but she’d rather talk about why people think feminism is a bad thing. It’s about time someone in Hollywood started talking sense. (The Guardian)

Most people wouldn’t consider models to be role models but could Kate Upton be a role model for women with large breasts? (Fashionista)

Mikhail Grabovski’s profanity-laced assessment of Randy Carlisle is spot on. Too bad the Wings don’t have the cap room to sign him.

I didn’t do anything on the blog for Independence Day so here’s the music video to Hulk Hogan’s theme Real American.