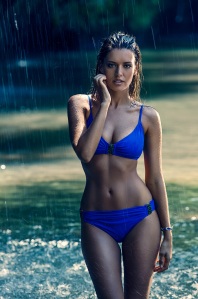 If you thought there was a lot to read on the blog last week, wait until you see we have what we have in store for this week. We have a review of the Mass Effect 3 Omega DLC, a look at the top Canadian racing driver prospects and our annual look at the Spike Video Game Awards and none of those are short posts. It’ll be a good week if you like long reads.  Anyway, let’s kick off the links with Canadian model Michea Crawford.

Conservative commentator S.E. Cupp says that it’s time Republicans stop worrying about ridiculous pledges they make to earn endorsements and worry about the electorate and being accountable to the voters. (New York Daily News) By the way, if you read the comments, you can see the Tea Partiers take issue with her common sense point of view in this column.

Forbes again released their list of the value of NHL franchises. The problem is that they seem to be making up the revenue numbers used for valuation and ignoring the fact that there’s a lockout. (mc79hockey)

You shouldn’t need any help figuring out why you should have Notre Dame football. If you do need help, here’s a Hater’s Guide to Notre Dame. (Deadspin)

After the jump, David Stern is drunk on his own power, the return of Iron Chef isn’t as successful as hoped and a modern Santa Claus Conquers The Martians.

If you drink as much coffee as I do, you should probably read this piece about the health effects of high caffeine consumption. (CNN/Time)

While the massive trade between the Marlins and Blue Jays seemed to have come out of nowhere, it was actually a while in the making. (Toronto Sun)

ESPN has a simple rule: If one of our guys didn’t break a story, don’t credit the guy who actually did the work. (Deadspin)

David Stern is a power-hungry lunatic. He fined the Spurs $250,000 for not playing their stars in a nationally televised game that would have been San Antonio’s 4th road game in 5 days and 6th in 8 days. Unfortunately for Spurs fans, it’s just a part of Stern’s ongoing anti-San Antonio behaviour. (Yahoo Sports)

Speaking of TV, massive local TV deals for baseball teams are shaking up the competitive landscape both on the field and in the board room. (FanGraphs)

If you’re a sports writer, it’s generally advisable to not venture into topics that might be racially sensitive. Fanhouse’s David Whitley ignored that advice and went full on racist about 49ers’ QB Colin Kaepernick’s tattoos by invoking San Quentin in the second sentence of his column. (Deadspin)

What happens when you combine the logos of all of a city’s sports teams into one logo? Something like this. (With Leather)

Ahead of the release of Hyde Park on Hudson, Bill Murray talks about what is an unusual role for him. (New York Times)

The revived Iron Chef over in Japan isn’t doing so well in the ratings. Most people say that the food doesn’t look good. I find that hard to believe. (Kotaku)

Remember that guy who got a Romney/Ryan tattoo on his face? He’s getting it removed. (Mediaite)

If you game online, you’ll meet quite a few dicks. However, what they do is nothing compared to this list of spectacular dick moves in online gaming. (Cracked)

Some folks are making an updated version of the cult classic Santa Claus Conquers The Martians. Here’s the teaser trailer to drum up support for their project. It’s 100% B-movie awesome and must be made.

Sudbury NDP MP Glenn Thibeault has a little fun in the House of Commons as he trolls the Conservative Party. I approve.