Welcome to the second edition of the online Car Wall. We use this to help us rate cars’ coolness based on how well they help you pick up women. The ratings are (from least to most cool): Seriously Uncool, Uncool, Cool, and Sub-Zero. Today, I focus on BMW. They’ve had some good cars but they’ve recently come out with some monumental atrocities to the car world. 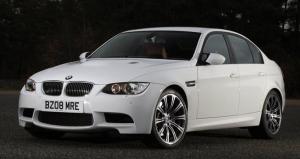 This one is already on the board from the radio show. It’s a fast car that you can actually fit people it. It’s not necessarily flashy but it goes about its business very well. The only knock against it was that it was a stock broker’s car. Now that they’re moving over to Audi, there’s no real knock against the M3. A good car that only the people that can appreciate are left driving make this a cool car.
Verdict: Sub-Zero 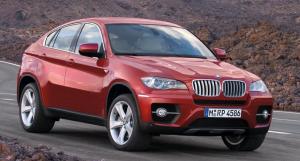 We actually did put this one on the wall during an episode of the radio show. However, it didn’t make the final cut of that episode. We originally put it on the border between cool and uncool. Today, I’m going to make a decision. The X6 is a crossover SUV though BMW calls is a Sports Activity Coupe. I think it’s a 6-Series coupe with a longer front grill and then put on stilts. It has all the disadvantages of both an SUV and a coupe. It has no cargo space, you can’t see out of the back and in an effort to make it seem sporty, it has low ground clearance, like a coupe. Like an SUV, it’s hideously ugly. It’s the worst of both worlds. But it’s going to exclusive enough that you’ll stand out. But it’s not going to help you pick up women, either.
Verdict: Uncool

The 5-Series GT falls into another one of those made up car categories. BMW calls this a Progressive Activity Vehicle. I call it a station wagon with a coupe inspired tail. But this isn’t the typical 5-Series station wagon. It’s built on the 7-Series platform and the roof is higher than a standard 5-Series roof. All this makes for a bigger, taller, though not necessarily uglier car. If they had take the standard 5-Series front end and put it on the 5-GT, we would be looking at a game changer for BMW. The one thing I really hate about this car, besides the front end, is the name. Gran Turismo evokes great Italian cars that have a smooth ride but can absolutely fly on an open stretch of road. While I’m sure that the 5-GT will fly with the twin-turbo V8, I don’t know if something that’s being pitched like an SUV will have a silky smooth ride. Did I mention that the front end is ugly?
Verdict: Seriously Uncool

I couldn’t make this one all epic failures. This also shows what BMW has done right with the 5-Series. The M5 is like the M3 but for families. The M3 is more of a bachelor’s car. The M5 shows that you still want to have some fun while driving but you care about your family. It’s the best multi-purpose car in the BMW lineup. The only problem might be that this car doesn’t exactly scream available to the women like the M3. Other than that, the M5 might just be the perfect car but that doesn’t mean it’s as cool as the M3.
Verdict: Cool

The epic failures tend to come more strongly in the SUV line. But that might be because, as we established with the X6, BMW doesn’t understand what an SUV is. After all, they managed to screw up the sporty SUV thing with the X6. Then again, maybe I don’t understand SUVs. I certainly don’t understand small SUVs which is what the X1 is. The X1 looks like a slightly bigger 1-Series on small stilts. That could be because it’s built on the 3-Series platform. Like the X6, it’ll never be comfortable off road but it actually will have cargo space because the X1 is based on a hatchback. Because of its size it’ll be the most fuel efficient of the BMW SUV line. But it’s an SUV so fuel-efficiency is an oxymoron when you talk about SUVs. The normal 1-Series is a cool car but the upsized and tackier SUV certainly isn’t.
Verdict: Uncool