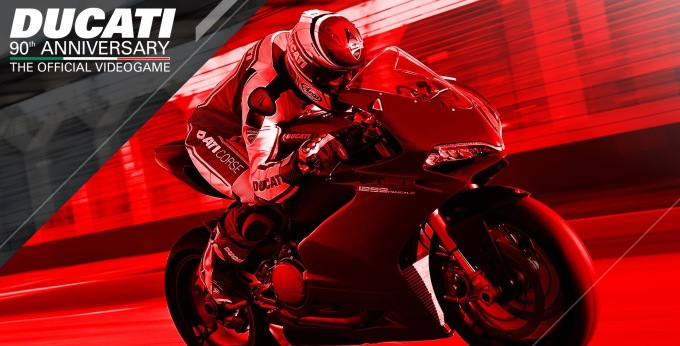 What Ferrari is to cars, Ducati is to motorcycles. The legendary Italian motorcycle manufacturer celebrates its 90th anniversary of its founding this year. To celebrate, the Italian marque joined forces with Italian racing game developer Milestone to produce a motorcycle racing game that explores the history of Ducati through some of it famous models through the years.

END_OF_DOCUMENT_TOKEN_TO_BE_REPLACED

The pre-E3 press conferences will wrap up with Sony’s annual event. They tend to go very big with their E3 presentations and this year looks like it will be no exception. While the PS4K/Neo won’t be at E3, their E3 presser will have a lot of big games announced and updated from both first and third-party developers. Given last year’s big announcement, this year has a lot to live up to and just might pull it off.

END_OF_DOCUMENT_TOKEN_TO_BE_REPLACED

Seldom do reboots actually reinvigorate a franchise. Sure, Star Trek wasn’t too bad but when you consider the likes of Point Break and The Amazing Spider-Man and Conan The Barbarian and Godzilla (twice), you find yourself scared away from reboots. Gaming isn’t immune to that with the likes of Sim City, Medal of Honor and Sonic the Hedgehog as failed attempts to reinvigorate franchises.

One of the more successful reboots in history is 2013’s Tomb Raider which is the series best-selling and among its most critically acclaimed. It came as a shock that Microsoft had to pay the way for this sequel to 2013’s hit. Rise of the Tomb Raider recently hit PC after an exclusivity period on Xbox One and will come to PS4 this fall (despite being the platform that Tomb Raider sold best on).

So how does the sequel to the reboot standup? Well, it’s not all sunshine and lollipops.

END_OF_DOCUMENT_TOKEN_TO_BE_REPLACED

Life is Strange started as a simple episodic digital release but today gets the full retail treatment. The Life is Strange: Limited Edition hits shelves today with an art book, developers’ commentary and a licensed soundtrack. While I’d love to get my hands on that, I’ve already played the game and named it et geekera’s Game of the Year for 2015. However, I only reviewed the individual episodes. This review is for the first “season” of Life is Strange.

END_OF_DOCUMENT_TOKEN_TO_BE_REPLACED

I felt a great disturbance in gaming, as if millions of voices suddenly cried out in terror, and were suddenly silenced. I fear something terrible has happened.

Over the weekend, Square Enix released the first look at gameplay from their upcoming remake of Final Fantasy VII. This included a look at part of Midgar as well as the opening assault on a Mako reactor. Not surprisingly, the whole of the internet was excited about it though there were some concerned with some of the changes that SquEnix has already shown off for FF7 Remake.

What didn’t sit well with gamers were some of the quieter announcements that Square Enix made about the game in a press release that seems to have gone to selected outlets. Square Enix quietly announced that Final Fantasy VII Remake will be a “multi-part series.”

END_OF_DOCUMENT_TOKEN_TO_BE_REPLACED

It’s so seldom that I play a game that really moves me. Sure, there are plenty of games that I play that I think are really good or have their poignant moments but I can’t remember the last time I played a game that stuck with me quite the way that Life is Strange has. I came into it expecting to be underwhelmed but Dontnod exceeded all of my expectations and made the best episodic point-and-click adventure game on the market.

END_OF_DOCUMENT_TOKEN_TO_BE_REPLACED

Next week marks the release of the final episodes of both Tales from the Borderlands and Life is Strange. As someone who is reviewing both games, that leaves me a choice of which game I should play first with both finales coming out this week. After playing Episode 4: Dark Room, Life is Strange proved that it is the best in class in the episodic adventure game genre.