It’s not often that I will follow an annual franchise through year-to-year but it’s interesting to see what work goes into a franchise as the developers change calendars. Most gamers look at the likes of Assassin’s Creed or Call of Duty and write them off as being a fresh coat of paint and a change of venue but not much else. Sports franchises have a reputation for being an annual roster update and not much more.

Having played Football Manager 2014 and comparing it to this year, there’s a bit more to this year’s update to Football Manager than the rosters. There are a whole host of changes to the game that I think makes it a bit more new and casual gamer friendly as well as a few tweaks for those who are far more into the minutiae of football than I am.

END_OF_DOCUMENT_TOKEN_TO_BE_REPLACED

It’s not exactly a great season to be a Manchester United fan. I know Sir Alex hand-picked David Moyes as his replacement but 8th in the table after a quarter of the season isn’t what you expect from United. Surely anyone could do better with this squad.

And that’s the premise behind Sports Interactive’s Football Manager series. Not everyone sees themself as the big hero on the pitch as you see in the FIFA series. FM is for the guy who has a couple of beers with his mates and says “I could do a better job running the team than that fool.”
END_OF_DOCUMENT_TOKEN_TO_BE_REPLACED 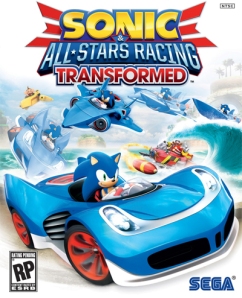 I’ve never been a Sega guy. I grew up with a classic NES and had Mario rather than Sonic. Even my one friend who did have a Genesis (or Mega Drive, if you’d prefer) didn’t have a Sonic game. (He did have a game on the classic Stallone movie Cliffhanger so maybe game buying wasn’t his parents’ forté.) From there, I got a PS1 so I largely missed out on everything Sonic and Mario Kart related in my youth.

And that created a very real problem when it came to reviewing Sonic & All-Stars Racing Transformed. It was described as fan service for long-time Sega and Sonic the Hedgehog fans and a Mario Kart clone. Well, I can’t exactly evaluate a game based on that when the Sega game I had the most playing time with was ATP Tour Championship Tennis.

Looking at SASRT (God, that’s a terrible acronym. That’s what happens when you make a game with an obscenely long and ridiculous title.) from a racing game enthusiasts perspective didn’t give me much cause for hope. After all, saying that Sega would only put out an exceptional Sonic game would omit the existence of Sonic Free Riders which was so universally panned that it makes Aliens: Colonial Marines look like Skyrim by comparison. END_OF_DOCUMENT_TOKEN_TO_BE_REPLACED