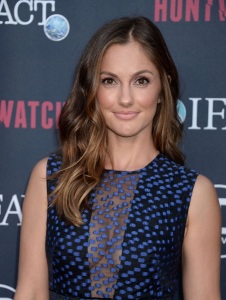 So the first US Presidential debate lived up to everything that it was promised to be. It was one steel chair or fight away from being an episode of Monday Night War or Jerry Springer. It might have been the most unique debate in democratic history. It makes the debate on Community between Magnitude and Leonard look like a battle of political heavyweights.

Anyway, it’s Wednesday which means that it’s time for us to do the links. Let’s kick things off with Minka Kelly.

When you set the bar too low, it’s easy for someone to claim victory in a debate. The Conservative Party of Canada infamously said that Justin Trudeau would succeed in the Canadian electoral debate if he wore pants to it. He’s now Prime Minister. The goal for Donald Trump was to appear somewhat Presidential. He was standard Trump. (The New Yorker)

The lie score from the first presidential debate is 34 to 4 in favour, if you want to call it that, of Donald Trump. (Toronto Star)

The score among voters is that Clinton won the debate by a score of 51% to 40%. The other 9% are still rooting for the asteroid. (Public Policy Polling)

If the interruption score was part of your debate prop bets, Trump won that 51 interruptions to 17. Again, I’m not sure interrupting more times is better. (Vox)

One of Hilary’s statements that’s having the biggest impact is her suggestion that private prisons should close at the state level. Private prison companies got hammered in the stock market as a result. (CNN Money)

Trump critic Mark Cuban says that Trump shouldn’t be bragging about not paying any taxes because it means that he isn’t giving back to the country that’s given so much to him. (USA Today)

While American politicians are focusing on trade, race relations and potshots at each other, the UN is busy focusing on potential major problems that can be caused by antibiotic resistant diseases. (National Geographic)

Both Air Canada and WestJet are facing a class action lawsuit over baggage fees for bringing even one piece of luggage with you on a flight. (CBC News)