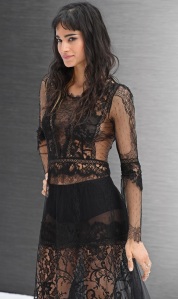 It’s Comic-Con weekend, so there would be plenty of new reveals taking place, even after the ELO gets posted. However, if you’re not lucky enough to attend, perhaps you can venture to the cinemas to catch the latest Star Trek Beyond. Reviews have been kind so far and you can catch Sofia Boutella in the flick! Not that you would recognize her under all that make up in the movie though…

After the jump, Brad Bird does not like video games, a Pokemon movie could be on its way, Divergent series is headed to your TV screens instead, a few new Marvel/Netflix teasers to check out, and the latest Honest Trailer tackles Batman v Superman: Dawn of Justice.

Brad Bird shares some interesting thoughts on how video games are bad influences for storytelling. (Slashfilm)

Now that Pokemon Go is all the rage out there, it’s not surprise that talks of a live action feature film has begun again. Legendary has recently snagged the rights to make a Pokemon film, but I’m not sure you’ll like the direction they’re headed in. (Deadline)

Anton Yelchin tragically passed away last month from a freak car accident. In terms of his Star Trek character Chekov, it appears JJ Abrams will definitely not be recasting the character with a different actor. (Toronto Sun)

Guillermo del Toro teases a bit more about who would be returning for Pacific Rim 2. (THR)

Well this was a bit of a surprise. Rihanna has been cast in an iconic role for the upcoming final season of Bates Motel. (Collider)

While they have shown the teaser for The Defenders (premiering in 2017), Netflix and Marvel also took the opportunity to announce a third season to Daredevil. (Comic Book)

Oh how the mighty has fallen. The Divergent series has gone on an epic collapse (in both quality and box office intake); hence Lionsgate has decided to shift the final film of the franchise into a TV movie followed by a TV series spinoff instead of the plum summer theatrical release. No word on whether the current cast would be returning. The bigger question is, if people weren’t interested in the film franchise, what makes the studio think people would tune into the TV series? (Variety)

Kevin Smith got Matt Damon to read out some comic book lines in the latest Geeking Out. This is the closest we’re getting to Matt Damon being a DC superhero.

The new red band trailer for Sausage Party shows the food fighting back.

Comic-Con teaser for Luke Cage shows the title character pulling off a Daredevil-like fight sequence but with super strength!

Here’s the teaser for Iron Fist. Somehow learning marital arts can lead you to blow down walls on a single punch.

Jackie Chan is known for his buddy action comedies but this one feels like it is being released 15 years too late. Watch the trailer for Skiptrace as he teams up with Johnny Knoxville to fight some bad guys.

The latest Honest Trailer tackles “the blockbuster that united the world’s two biggest superheroes and divided everyone else.”