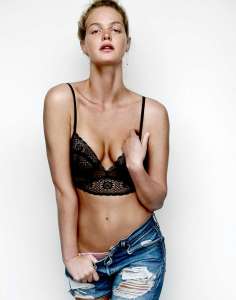 I know Jackie gave his quick thoughts on Star Wars: The Force Awakens yesterday but I don’t think I’m capable of doing it quickly. Our review podcast could either be 30 minutes or 3 hours depending on how much we argue about. I think we’ll both agree that we loved it and will be going multiple times. We’ll let you know when to expect the review.

Anyway, that’s a problem for a future date. For now, we’ve got to focus on some links. Let’s kick things off with Erin Heatherton.

Fox News’ “fair and balanced” slogan might get mocked but it’s not off the mark when it comes to the Republican primary. They’re giving a good grilling to the frontrunners. (The Fix)

Carly Fiorina was near the head of the GOP polls for a little bit. Now, she might be talking her way out of any chance. She has a pretty poor relationship with the facts. (Salon)

Speaking of lying Republicans, Ted Cruz is claiming the Obama administration has banned anti-Muslim speech. That’s obviously not true or all of the Republican Presidential hopefuls would be in jail. (Patheos)

The Bernie Sanders campaign and the Democratic party are in a fight over a software glitch that let all primary campaigns see everyone else’s voter data. The DNC punished Sanders and his team claims that the fix is in. (New York Times)

Can the GOP use their massive war chest to win this election? (Daily Intelligencer)

Howard Stern just signed a new deal to stay with Sirius for another five years. However, Howard’s changed since he started but is still the best interviewer in America. (Washington Post)

Remember when we thought Pope Francis was going to be a progressive Pope? Well, we can shelve that idea. He’s telling Slovenians to vote against gay marriage. (The New Civil Rights Movement)

Conor McGregor’s 13-second win last weekend capped off one of the craziest years in UFC history. It might just be one of the biggest too. (Yahoo Sports)

The advantage of doing the links after Jackie is that I can run the Friday box office numbers. The Force Awakens set domestic and worldwide Friday records. It’s likely to set the domestic opening weekend record and could even score the global record without debuting in China this weekend. (Hollywood Reporter)

Netflix is changing its encoding algorithm to save you bandwidth. (Consumerist)

It’s a good thing that George isn’t allowed near Star Wars anymore because this change could happen to Episode IV.

If you’re a fan of the UFC, please don’t steal hats. Or at least be successful at it.