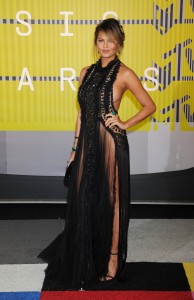 You know, I’m really struggling to write something for an intro today. Part of the problem is that I’m quickly coming to the realization that maybe life without a purpose isn’t really life. That’s the problem with Facebook, everyone is quick to say/show how great their life is on there and it just reminds you that yours is comparatively shit. You just want to tell them where to stick it.

Anyway, it’s Wednesday which means that it’s time for us to do the links. Let’s kick off with Chrissy Teigen.

Canada is officially in recession and it’s not just a little oil-related blip like the incumbent government would have you think. (The Globe and Mail)

Is the reason Donald Trump is leading the GOP polls because he’s feuding with the press? (Poynter)

The Prime Minister of Malaysia has embezzled over $700 million. Naturally, he’s trying his best to keep the protests down. (The Guardian)

Which is better for you: coffee or wine? I think the real answer is that a winner is you. (Boston Globe)

The world’s oldest Koran has been carbon dated to coming from a time that could possibly pre-date the Prophet Muhammed. (BBC)

No, it’s not just you. Unusual baby names are now the norm. (The Atlantic)

Scott Hall talks about his journey back from addiction and self-destruction. (Fox Sports)

Larry King talks about his expected final run in the world of media. (NYT Magazine)

Considering the title of the post, I think a little Nas is in order.

Can I do a song at the end of the post? Lemmy and Motorhead absolutely killed this cover of The Rolling Stones’ Sympathy for the Devil.