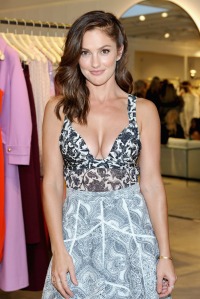 Just when I thought that this might be a quiet week in the news, the Conservative government sounds ready to dissolve Parliament and put us on a long road to an election where they’ll attack ad their way to victory. Granted, polls and projections say Canadians would be happy with an NDP-Liberal coalition to topple the Blues. I’m all for that too.

Anyway, it’s Sunday so it’s time for us to do the links. Making an all too rare appearance from Parts Unknown, here’s Minka Kelly.

Rumour has it that Prime Minister Harper could call an election as early as today. That would kickstart the longest campaign in Canadian history which would be only to the Conservatives’ advantage. (CBC – The House)

If the Trans-Pacific Partnership goes through, the CBC and Canada Post could be required to operate as for-profit businesses. We’re in a hell of a lot of trouble if this is approved. (Huffington Post)

For someone wanting to boost the American economy, Donald Trump’s companies sure are importing a lot of foreign workers. (Reuters)

Windows 10 came out last week. I haven’t gotten the pushdown for it yet but that just means that Microsoft has had less time to keep a close eye on my movements. (BGR)

While Gawker Media is imploding Deadspin is being a thorn in the side of big sports. They uncovered the St. Louis Cardinals’ charity paying the baseball team almost $350,000. (Deadspin)

Twenty-five years after the publishing of his hit book, Buzz Bissinger returns to Odessa, Texas, to reunite with the Periman Panthers. (Sports Illustrated – There’s an autoplaying video at that link.)

As if Brazil didn’t have enough problems with the spending on their sports infrastructure for the World Cup and Olympics, Olympic water sport sites in Rio are basically raw sewage. (The Guardian)

For no apparent reason, here is a ranking of all 74 Led Zeppelin songs. (Vulture)

In this week’s column in The Sun, Jeremy Clarkson talks about the announcement that he, Dick and Jim are going to Amazon. (The Sun)

Only one video today. We’ve had it on the blog before but here’s Roddy Piper singing the Twelve Days of Christmas.