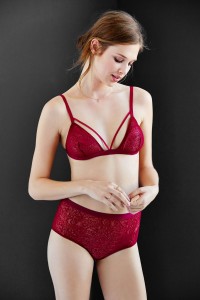 When I posted Wednesday’s links, I couldn’t have imagined how the rest of the day would have played out. I’m glad that Canada was able to pick itself up, dust itself off and carry on without being paralyzed with fear or hate.

There are a lot of lessons that American media could learn and the CBC gave them a master class in breaking news reporting this week. (Mother Jones)

If this week’s events happened in America, we would all be talking about gun control. However, gun control is pretty solid in Canada compared to America. (Vox)

And this week’s attack in Ottawa isn’t the only time that a attack has been made against the Parliament buildings. (National Post)

Not every Canadian media member did their profession proud. One tried to get a selfie with Anderson Cooper, went on a Twitter rant after getting denied and was fired for his behaviour. (CTV News)

With US midterm elections coming up in a couple of weeks, there’s a pretty easy way to both win over voters and fix the economy. (New York Times)

BP is still trying to defend itself from attacks over the Deepwater Horizon oil spill. Now they’re doing so by getting their own op-eds in newspapers, magazines and online. (Mediaite)

With the pressure on sports leagues to come down hard on domestic violence, it’s the WWE that’s going to take the lead with their policy. (Washington Post)

For every good step the Fed takes, there’s a bad one. Or in the case of how they’ve been booking tonight’s Hell in a Cell pay-per-view, several bad steps. (The Triangle)

Michael Sam was cut from the Dallas Cowboys practice squad. How much of a role is his sexuality playing in his attempts to make the NFL? (The Atlantic)

Rex Murphy had a great editorial on the night of the shooting.

And here’s a WWE Hell in a Cell honest trailer.