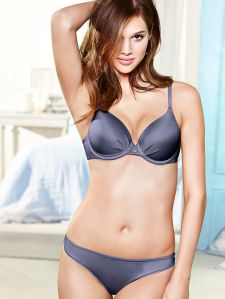 The Stanley Cup Final starts today which is a pretty big deal in Canada. I suppose that it’s an even bigger deal because this might be the CBC’s last one. Stupid Stephen Harper and his crusade against public broadcasting. He’s already kept funding low enough that they’re among the lowest funded national public broadcasters in the world. Now, he may have killed it.

Sorry, got a bit off-track there. We’re here to do the links after all. Let’s start with Anais Pouliot.

Rob Ford might still be in rehab but that doesn’t mean that he plans on becoming a permanent resident. He’s gearing up for a Canada Day return to campaigning. (Toronto Sun)

Have you ever wanted a look inside the biggest (legal) grow-op in Canada? A company has invigorated little Smiths Falls, Ontario, by converting an old Hershey’s factory into a medical marijuana grow-op. (MacLean’s)

We might perceive America as the top military powerhouse in the world but one retired Colonel says that the actual fighting state of the US Army isn’t what they’d have you believe it is. (Politico)

Did you know that hurricanes named after women are more deadly than those named after men? It’s not a coincidence. It’s all the psychology of people when they hear the name. (PNAS)

I should probably dedicate a whole post to this but here’s a look at some behind the scenes photos from Star Wars: Episode VII. (Daily Mail)

Just when you thought that the Qatar World Cup might be safe to carry on, The Sunday Times gets documents about bribes to bring Qatar the World Cup. (Forbes)

Rogers has hired Paul Romanuk and Dave Randorf to join forces with Bob Cole and Jim Hughson as the voices of Canadian hockey on Sportsnet. (Sportsnet)

And for other hockey fans, here’s the story behind the famous “Now we can die in peace” sign from the 1994 Stanley Cup final. (Star-Ledger)

Someone’s developing a show about regular people who have slept with celebrities. That sounds classy. How many lawsuits before this gets cancelled? (Deadline)

John Oliver has a very important message for you about Net Neutrality. You should probably watch this and heed his advice.