Now that the Formula One season is over, it’s time for us to look ahead to the future of motorsport. In Canada, we have an amazing motorsport history. Formula One’s best and most exciting driver, Gilles Villeneuve, hailed from Quebec. His son, Jacques, won the Indy 500 and IndyCar championship before becoming the Formula One World Drivers’ Champion. The most exciting F1 is consistently the Canadian Grand Prix at Montreal. West Hill’s Paul Tracy is one of the winningest drivers in Champ Car (formerly CART) history.

But who is left for Canada to cheer for now. No one is at the top echelon of the sport right. But that isn’t to say we don’t have some potential racing heroes waiting in the wings. So here’s a look at the future of Canadian motorsports.

Andrew Ranger
When he first started in Champ Car, it wouldn’t have been inaccurate to call Andrew Ranger a phenom. After all, he was the 2004 Atlantic series rookie of the year and 4th place overall. In his second race in Champ Car, he scored a 2nd place finish to become the youngest driver in Champ Car history to score a podium at about 18 years and 6 months of age. Driving for the underfunded Conquest team, he finished 10th in his two Champ Car seasons.

He left Champ Car after the 2006 season due to a lack of funding and turned his attention to stock cars. He won the NASCAR Canadian Tire Series in his first year of stock car competition in 2007 and again in 2009. For 2010 and 2011, he ran part-time in all three NASCAR regional series (Canadian Tire, K&N Pro East and K&N Pro West) to try to move up the NASCAR ladder. That experiment ended in 2012 as he ran the Canadian Tire Series full-time. He has made sporadic starts in ARCA and the NASCAR Nationwide Series with two ARCA wins and two NNS top tens.

While most of the drivers on this list would see Formula One as the top level of the sport, Ranger’s career path has him looking for a full-time ride in the NASCAR Sprint Cup Series. While he’s only 26, he has been unable to secure a full-time ride in any of NASCAR’s three national series (Sprint Cup, Nationwide, Camping World Trucks). If he can get his foot in the door in one of those series, he can get his road to Sprint Cup back on track. Dropping back to the Canadian Tire Series last year is not a good sign for Ranger. 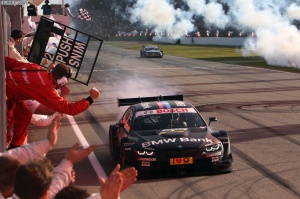 Bruno Spengler
While he was born in France, Spengler was raised in Quebec and earned himself the nickname of The Secret Canadian. While started in karting and open-wheel, he has spent the last eight years in DTM (German Touring Car Championship) which is considered among the highest levels of touring car racing in the world.

In eight years in DTM, Spengler has finished outside the top five in points in only his rookie season. His DTM record includes two third places, two second places and the 2012 championship. Prior to this year, Spengler drove for Mercedes-Benz which was willing to support a career in Formula One. In 2007, he was tipped for a drive for McLaren and the planned Prodrive team. While leading the championship in 2010, he was again tipped for an F1 drive but opportunities disappeared after finishing 2nd to current Force India driver Paul di Resta.

While it’s still possible for a driver to jump from DTM to Formula One, driving for BMW, who are no longer in F1, means there is no manufacturer influence to help Spengler find a drive. Perhaps if BMW returns in 2014 with the introduction of new engine regulations, there would be a chance that he joins a BMW affiliated team. For now, it looks like the top level of single-seaters is out of reach. 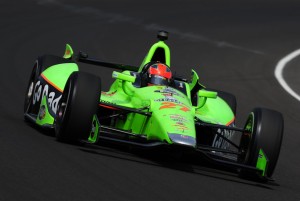 James Hinchcliffe
The Mayor of Hinchtown may have not won a championship in a major open-wheel caregory but he is probably Canada’s most popular racing driver. Hinchcliffe is one of the few personalities left in the top tiers of motorsport. His sense of humour has made him a fan favourite and kept sponsor Go Daddy happy after Danica Patrick’s departure from IndyCar.

Hinch has had some good seasons in lower formulae with two fourth place seasons in the Atlantic Championship and a 2nd place in Indy Lights before jumping to IndyCar with Newman-Haas. His first IndyCar season was highlighted by a 4th in his second career race and winning the 2011 Rookie of the Year title. In 2012, Hinch scored a pair of podiums and 8 top-tens en route to 8th in the championship.

I don’t know if Hinchcliffe sees IndyCar as a means to get to Formula One. It seems as though F1 no longer sees IndyCar as a feeder series when GP2 and Formula Renault 3.5 are sending developing drivers for the series. Hinch has only been in IndyCar for two seasons and still has time to develop and mature as a driver. However, IndyCar is likely to be the highest level Hinch reaches in international open-wheel competition. If Will Power hasn’t gotten interest from F1 despite dominating IndyCar road racing for the last three seasons, I don’t think Formula One is in the cards for Hinch.

J.R. Fitzpatrick
The other stock car driver on the list of potential future Canadian racing heroes is J.R. Fitzpatrick. He started driving on the national stage in CASCAR when he was 16 and claimed his first, and so far only, championship in 2006 at the age of 18. Since then, he’s finished in the top ten in points in each of his five full-time NASCAR Canadian Tire Series seasons, finishing no worse than 3rd over the last three years. He’s also run part-time in NASCAR’s Camping World Trucks and Nationwide Series.

Unlike Ranger, Fitzpatrick has been able to get some more regular running in NASCAR’s national series. The problem is that he’s not really impressed enough to translate occasional national series starts into a full-time ride. While Ranger might have more raw driving talent, Fitzpatrick is probably the better oval racer of the two. I think he has a better chance of making the Sprint Cup Series than Ranger as a result.

Kyle Marcelli
If you haven’t heard the name before, it’s likely because ALMS is hard to find on Canadian TV since it jumped to ESPN online. For the last three years, Marcelli has been in the LMPC category with two wins, four poles and ten podiums from 27 races. He’s definitely in the upper-echelon of the drivers of LMPC at the age of 22. A move up to LMP1 or LMP2 should be in the future for Marcelli. From there, a trip to the 24 Hours of Le Mans is inevitable. 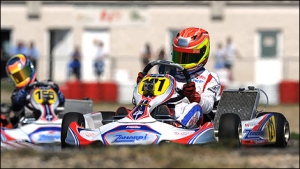 Lance Stroll
Stroll is the youngest driver on this list at the age of 14. How do you get on the list of Canadian racing heroes of the future? You have to be so talented that Ferrari signs you its Driver Academy at the age of 11 making you the youngest driver ever to be signed to an F1 team’s driver development program. He ran in the WSK Eruo Series karting championship this year. The goal is Formula One which is some years off due to his age and inexperience. For now, of all the drivers on the list, he has the most solid plan to get to F1. 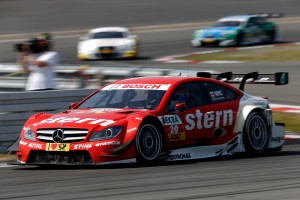 Robert Wickens
If I had written this column last year, as I originally planned to, Wickens would have been at the top of my list of likely candidates to reach Formula One and be Canada’s next big racing star.

From 2009 to 2011, Wickens was undoubtedly a rising star in open-wheel racing. He finished 2nd in the inaugural Formula Two championship in 2009. He moved to GP3 in 2010 where he also finished second in the championship. Last year, he won the Formula Renault 3.5 Series championship beating out 2012 Toro Rosso F1 drivers Jean-Eric Vergne and Daniel Ricciardo. As FR 3.5 is effectively the second-highest level of F1 development series, below GP2, a seat in F1 was virtually assured.

However, the change in ownership at the former Virgin Racing with Marussia taking over the operation seemed to have waylaid Wickens’ F1 aspirations. Rather than promote their development driver Wickens, Marussia signed 2011 GP2 4th place finisher Charles Pic who brought sponsorship money with him to secure the drive. He was replaced as test/reserve driver by Max Chilton and was quickly left without a drive in open-wheel.

This year saw Wickens have an unsuccessful rookie campaign in DTM (German touring cars) as part of the reformed Mercedes-Benz Junior Team. This is the same program that developed Michael Schumacher, among others. Most recently, DTM has seen the likes of Paul di Resta and Gary Paffett earn F1 drives (Paffett as a McLaren test driver) so the path to F1 isn’t closed. It’s just a little longer than it was at this point one year ago.

So who is Canada’s next racing hero?
In terms of immediate success and making a splash nationally, you have to like James Hinchcliffe. Bruno Spengler’s DTM championship and repeated challenges for the German Touring Car title got no airtime from the three national sports channels. The NASCAR Canadian Tire Series is aired on TSN but you never see SportsCentre talk about the NCTS so any success by Ranger or Fitzpatrick will be buried. By process of elimination, Hinchcliffe’s drive in a high-profile North American series will mean that he will get airtime if he succeeds in IndyCar.

In terms of getting to the top tier of their chosen racing discipline, Wickens is still young enough and talented enough to earn a ride in Formula One. Joining Mercedes-Benz as a development driver should open up opportunities in F1 with Mercedes-engined teams Mercedes AMG GP (as a test/reserve driver) and Force India. Should a fourth team get Mercedes-Benz engines, there’s a race seat that Wickens should be in line for. If I was to pick a driver for Canadian kids to look up to when plotting a course to Formula One, I’d tell them to look up to Robert Wickens.

4 thoughts on “Who Is Canada’s Next Racing Hero?”