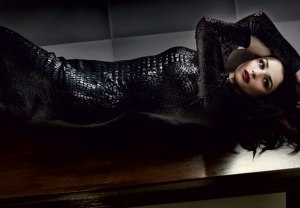 Bad news folks. I’ve drawn in for Jackie to cover the entertainment and pop culture beat this week. He couldn’t have picked a better week to be off. The new Farrell vs. Galifianakis election spoof The Campaign opens this weekend. Tommy Lee Jones, Meryl Streep and Steve Carrell star in Hope Springs which looks like this weekend’s date movie for couples who have fallen into a rut. The big move of the weekend is The Bourne Legacy. Presumably the legacy is carrying on a movie franchise after everyone thought it was done and the lead moved on leaving Hawkeye playing the lead in Matt Damon’s place. On the plus side, The Bourne Legacy does also star Rachel Weisz.

Hit the jump for a review of The Bourne Legacy, other summer blockbuster news, the latest hilarious celebrity gossip (though isn’t all celebrity gossip kinda funny) and Fallon as Morrison does Reading Rainbow.

So can the Bourne franchise survive without Jason Bourne and most of the cast and crew from the first three movies? Early reviews aren’t promising. (Gawker)

It didn’t make the final cut but you can read about Bane’s backstory for The Dark Knight Rises. (GQ)

I’d rather see another whole Nolan movie with Bane’s back story than have to sit through Sony’s upcoming Alf movie. (THR: Heat Vision) Serious question: Why are 70s & 80s shows coming back as bad comedy movies? Have video games really stolen all the writers who still have original ideas?

Coming soon to theatres near you: Cockneys vs. Zombies. Please let this be a wide release in Canada. (Pajiba)

Joss Whedon will not only return for another go at The Avengers, he will also help develop a live action series that takes place within the Marvel universe. (Slashfilm)

In case you haven’t heard, they’re shooting the return of Arrested Development. To celebrate, here’s a look at the 10 dirtiest jokes they snuck onto broadcast TV in its original incarnation. (The Atlantic)

Judd Apatow did an interview about his role of executive producer of Girls. The big lesson we can learn is that he and Lena Dunham think most people are prudes. I’m inclined to agree. (The Hollywood Reporter)

I know Jackie and I were a little panicky about Dan Harmon getting turfed from Community. However, there is still hope. Some shows were able to survive without their original show runner. (io9)

Now let’s get to the portion of the post where sanity disappears. For example, it turns out the Illuminati have taken over television. Who knew? (Warming Glow)

Robert Pattinson is taking the whole Kristen Stewart cheating on him thing well. He’s only getting drunk regularly and leaving drunk voice mails on Kristen’s phone. Like I said, he’s handling the break-up well. (Gawker)

Ever wonder what actors would look like reprising famous roles of their youth? It would look a little like this. (Dog and Pony Show)

Looking for a music lineup for the Olympic closing ceremonies? Uproxx has it. (UPROXX) If you like good music, like me, you pulled a handful of your hair out after reading the list. There’s one band I’d like to hear and that’s it.

And let’s close with a photo gallery of The Avengers as Olympians. (Unreality)

Here’s the thing I don’t get about Jimmy Fallon. Too often, he was cringe-inducing on SNL when he broke character. I guess the benefit of being taped nightly and not going out live-to-air has helped him out. Anyway, here’s a skit of Fallon as Jim Morrison signing the Reading Rainbow theme song. You know, Ferguson doesn’t need to do sketch comedy to be funny. Just saying.

Jackie usually doesn’t take a political stance in the ELO. However, I’m running the show today so I’m shoving my political agenda down your throats. Regardless of what the Republicans and the religious right says, Planned Parenthood isn’t the root of all evil. (Neither is Obamacare, gay marriage or legalized/decriminalized/medicinal marijuana but those are beside the point.) Anyway, here’s Elizabeth Banks discussing what Planned Parenthood actually does.

One thought on “Entertainment Link-Off: The Legacy Continues”