However, I don’t know if this is the last sex tape that the world needs to see, though it certainly is up there. There are other sex tapes that should never be made or be released for public consumption. 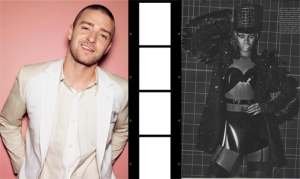 These two are overexposed in the celebrity gossip pages already. We really don’t need to see these two overexposed some more if you know what I mean. Based on the star power of this rumoured celebrity power couple, this could be the sex tape that single-handedly causes the internet to explode. However, we don’t need to see this. Since the Chris Brown incident, she’s sort of gone slightly… odd, for lack of a better term. First, she went back to Chris Brown. Then she was in that weird sort of dominatrix/Baron Samedi photo shoot (see the photo to the left). Now, she’s with JT. And if JT was with as many women on the Hot 100 as the tabloids would have you believe, this would just rub it in the rest of our faces. Nobody really needs to see this one for the sake of our sanity. Just don’t try to reason with the tabloids on this one.

Umm… No. Kevin Federline looks like he just rolled out of a trailer park on a good day. We don’t need to see what the trailer park considers a proper way to treat a lady. Then again, if you think about what Britney turned into after she married K-Fed, you have a pretty good idea that it isn’t something you want to see. And since the divorce, I think Britney has shown everything at various points of time and some of the stories that have come out would indicate that there was nowhere that no man had gone before with Britney. In other words, a sex tape would be nothing pretty, nothing special, and nothing worth seeing.

I get the feeling that this would be the most unusual sex tape ever. Mostly because the one person A-Rod seems to love most is A-Rod. I’d get the feeling that this could go one of two ways. It could be 1 hour, 59 minutes, and 30 seconds of A-Rod only footage with the final 30 second being the action everyone was waiting for. Or it could be like A-Rod’s October performances. He could get such performance anxiety in front of the camera that he can’t get anything going.

Okay, this isn’t exactly a celebrity power couple because Nick Cannon is hardly a blip on the Z-list of celebrities. He’s only one in a very long line of people attached to Mariah over time. That would make me think that there has to be at least one other sex tape out there with Mariah Carey starring. The fact that there could be more people who will have done the horizontal tango with Mariah than those that haven’t would take some of the luster off this tape. And if she decides to fake it, she could find that octave of her’s that would shatter glass and ear drums across the world. 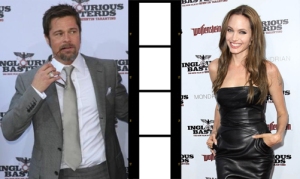 Both of them have their fans. Both of them have been considered the hottest actor or actress in Hollywood. And both of them sicken the majority of the world’s population. I haven’t met many people that still care about any gossip about the former biggest power couple in Hollywood. While this would be an absolute explosion of hotness on film, it’s not likely to be very good. First, celebrities don’t have good sex as evidenced by most sex tapes. Second, can any Angelina Jolie sex tape have anything better than what we’ve already seen in Gia or Original Sin.