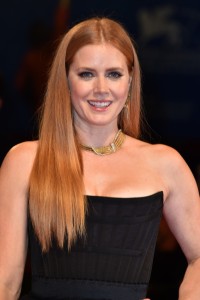 I’ve been ignoring the Sunday links until this morning because I’ve been working on the F1 weekend recap for tomorrow on the blog. Before adding in any news about the pending sale of F1 and changes at the top of the sport or the actual race recap, the post is already at 1,200 words. If you’re an F1 fan, all the info you’ll need is coming tomorrow.

Could Donald Trump’s politics of divisiveness and unaccountability have a future in Canadian politics? (MacLean’s)

People are worried about what would happen to Canadian politics if the current first-past-the-post electoral system is dumped but it’s not like we’re used to majority governments in Canada. (National Post)

Marc Cuban thinks that Trump won’t release his tax returns because he’s tax planned himself in a way that his companies’ income is flowed through to his tax returns to save money so his business info would be on display (along with questionable US tax loopholes). (Business Insider)

The Republican governor of Maine has found a political status beyond lame duck after a series of racist and vulgar outbursts. (The Atlantic)

By the way, almost half of likely voters believe that Donald Trump is racist. That number is so low because the majority of whites don’t have a problem with him. (USA Today)

With more people cutting the cord and the rumoured Trump News Network set to launch after the election, could 2016 be the last election where Fox News is on top of the world. (The Atlantic)

Did you hear about that study claiming Canadian mosques are filled with extremists? That’s mostly bullshit. (Vice)

Vice is under fire for its treatment of its freelancers. (Columbia Journalism Review)

The FDA is ordering that a number of so-called antibacterial chemicals be removes from consumer soaps because their antibacterial properties can’t be proven. (NBC News)