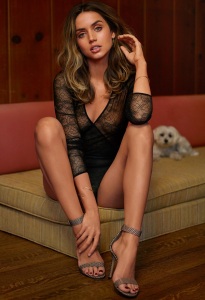 The ELO is a bit late this weekend once again but the unpredictable schedule continues over here in the Aussie HQ. Anyway, the weekly links are here, so let’s get started with Ana de Armas. You can catch her in the flick War Dogs, which is out this weekend.

After the jump find out what it’s like to work with Martin Scorsese, Avengers 4 will have a new title, there is a small hiccup for MI:6, the Chinese don’t like Rogue One, and take a time warp back to the 2000s with the honest trailer for Gladiator!

Jonah Hill takes a moment to describe what it is like to work with legendary director Martin Scorsese. (Slashfilm)

Bad Boys 3’s release date has been pushed back to 2018. Director Joe Carnahan (taking over from Michael Bay) explains the scheduling delay and what the third film will entail, especially now that the Bad Boys aren’t boys anymore. (io9)

Looks like the plans are being reworked over at Marvel as the fourth Avengers movie will no longer be called Infinity War Part 2. (Cinema Blend)

Mission Impossible 6 has come to a halt in pre-production because everyone just happens to want a bit more money this time around. (Slashfilm)

I’m sure they were hoping to make big bucks for Rogue One in China as it is linked to Star Wars. However, so far the trailer has been generally getting mixed response in the country. (THR)

This fan made faux trailer for Kenobi: A Star Wars Story, makes a good case for how a character driven Obi Wan spin-off would make an interesting flick. (Vimeo)

If you were looking forward to Jane Foster returning for more Thor adventures, you might be disappointed as Natalie Portman has revealed that as far as she knows, she is done with the MCU. (The Wall Street Journal)

While speaking with one of the credited screenwriters for the Fantastic Four reboot, he revealed that the versions he wrote up turned out to be quite different than the final product. (Screen Crush)

Some controversy behind Sausage Party as some animators claim they were overworked and were not paid overtime. I guess it’s time for some reps to deny deny deny! (LA Times)

Watch out Flash, looks like the Black Flash will be appearing in the new season. (Collider)

You would think the use of IMAX cameras would be excessive for a drama like this, but the footage does look quite stunning. Anyway, catch the IMAX trailer for Sully, based on the true story of Chesley “Sully” Sullenberger, who glided his plane onto the Hudson River and saved the lives of all the passengers.

The new trailer for Rogue One features a bit more new footage from the upcoming Star Wars spinoff movie.

Amy Adams tries very hard to communicate with aliens in the new trailer for Arrival.

Honest Trailers tackles Gladiator this time around. Let’s have a look at the most well-executed pro wrestling story of all time.