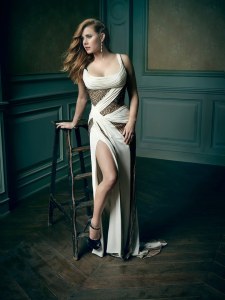 I thought Super Tuesday was supposed to effectively end the primary process and leave us with a straight-forward 1v1 between Democrat-turned-Republican Drumpf and Republican-masquerading-as-Democrat Clinton. If only we could get that lucky. Well, luck is a relative thing. Another eight months of this must be a violation of the Geneva Convention.

Anyway, it’s Sunday which means that it’s time for the links. Let’s kick things off with Amy Adams.

President Jimmy Carter says that American politics is an oligarchy. Only the rich can afford democracy as they’ve bought and paid for it. (Inquisitr)

After the Super Tuesday primary results, searches for moving to Canada jumped 1000%. I think that Canada should build a wall and make America pay for it. (Notable)

While Bernie Sanders is doing well with today’s youth, it’s not like a Clinton win will cause all young Democrats to stay home. In fact, the only Clinton scandal they know is the email one. (LA Times)

And on that note, should a special counsel be appointed to investigate the ongoing email scandal? (The Hill)

Can Canada drop its reliance on fossil fuels inside 15 years? Stanford already has a plan for that. (CBC News)

Have you been watching American Crime Story: The People vs. O.J. Simpson? I’ve been watching that and reading the book upon which it was based. Well, they think that they maybe MAYBE found the knife… Sorta doubt it though. (Fox 5)

Louisville is trying to open up itself to broadband competition. AT&T is fighting it. Maybe President Carter is onto something. (Motherboard)