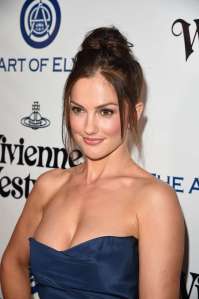 It’s not often that I have a set of links that give you some semblance of hope but here we are. Today’s links might just be enough to make you think that all is not lost for the United States of America. Granted, that could all change in November.

Anyway, it’s Sunday so it’s time for us to do the links. Let’s kick things off with Minka Kelly.

Very quietly, the death penalty is slowly dying in America. What is behind this change? (Economist)

Americans are mad as hell and they’re probably going to keep taking it. (Esquire)

Michael Moore has an actual plan to make America great again. (The Nation)

General Motors could have fixed their ignition problems with parts totaling about 90 cents a unit. Instead, after over 100 deaths, it will cost them millions. (Bloomberg)

I was working on a long form piece on the value of brain training programs but I think I know what the end result is: The FTC just levied a $2 million fine against Lumosity for deceptive trade practices. (Gizmodo)

Daily fantasy sports might technically be legal but they are closer to gambling than anyone seems to want to admit. (New York Times)

Floyd Mayweather has decided that he’s tired of playing the bad guy. Now, he’s trying to portray himself as more socially conscious rather than as a villain. (J.School)

Forbes is making you whitelist their website for your ad blocker so they can serve you pop-under ads with malware. (Engadget)