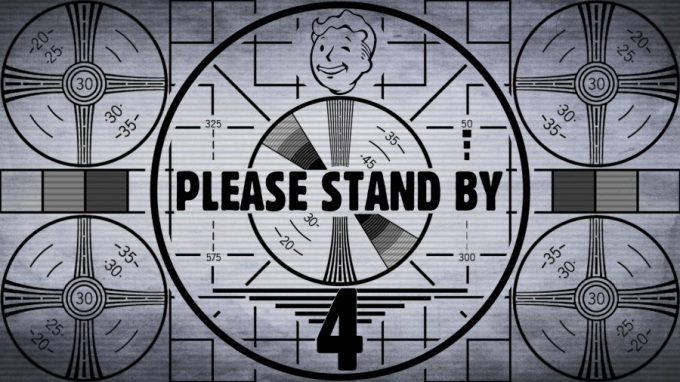 It’s not an uncommon occurrence for a gaming news outlet to be blacklisted by a publisher. You can hear Jim Sterling talk about blacklisted regularly on The Jimquisition. Destructoid was blacklisted by Konami. At one time or another, EGM was reportedly blacklisted by numerous companies including Sony, Midway and Ubisoft. Jeff Gerstmann infamously lost his job at GameSpot over a poor review of Kane & Lynch that resulted in Eidos Interactive threatening to pull ads from the site.

The latest publication to take their blacklisting public is Kotaku. Editor-in-chief Stephen Totilo took to the site to reveal that the company had been cut off by the PR branches of both Ubisoft and Bethesda. While some in games media are standing up for Kotaku, those content consumers that Kotaku are supposed to be producing content for aren’t on their side. When you’re as divisive as Kotaku, there isn’t much sympathy for the devil.

Since launching, one of the occasional topics of discussion on et geekera has been video games journalism or the lack thereof. My opinions on the matter have been repeatedly documented. While there is some room for actual journalism, far too often, what is considered gaming news is re-purposed press releases and reposting of official videos and bullshots from upcoming games. Hard-hitting news isn’t exactly easy to come by.

We can argue til the cows come home whether it’s possible for the big gaming news sites to exist as both journalism in practice and what is effectively a marketing arm of the publishers. This column isn’t really going to tackle that question because I think that there should be room for both in theory. In practice, it may not necessarily work but fixing that is a topic for another day.

Kotaku’s story states that they were blacklisted by both Ubisoft and Bethesda for leaking details about upcoming, unannounced games. Totilo claims that Bethesda cut them off after a December 2013 report containing leaked documents and details about the then-upcoming Fallout 4. Ubisoft apparently blacklisted Gawker’s gaming blog in December 2014 after detailing a leaked video of Assassin’s Creed Syndicate (then called Victory).

What happened after each of these reports is a result of gaming news sites trying to act as both journalists and marketers for game publishers. The reporters did their jobs and the accountants are effectively the ones paying for it. Ubisoft and Bethesda cut off Kotaku for being journalists with the idea being that they would be cut-off from producing other content with the publishers’ help that would bring in clicks and, therefore, money. Our weekly Game Trailers Roundup posts generally do better over their hour live than the Doctor Who reviews over its first nine hours live. These puff pieces actually draw money (if etg was actually allowed to generate any ad revenue).

In this instance, there isn’t anything that Kotaku has done wrong from a journalistic perspective. They reported on the information and documents they had. It’s not like they violated an embargo or a non-disclosure agreement that they were a party to with a publisher (well, at least that we know of) about either Fallout 4 or ACS. We can argue all day about how much detail needed to be shared (I wouldn’t be comfortable sharing script pages as opposed to reporting on them) but I don’t think Kotaku did nothing wrong.

From the publishers’ perspectives, though, Kotaku forced them to re-work their marketing strategy. Bethesda and Ubisoft would have already put together a marketing strategy to release the information Kotaku disclosed in a manner to maximize interest in their game in order to make as much money as possible. The leaks to Kotaku, which aren’t their fault, foiled those plans and I’m sure the contention would be that they could have cost the publishers money in the long run.

What this incident brings up is how much of what gaming news sites do is marketing and how much is journalism. For publishers, I believe that the perception is that these outlets are there for marketing. These sites publish trailers, screenshots, information from press releases and interviews which all act as a form of promotion for upcoming games. A lot of people may not like what Bethesda and Ubisoft are doing but the large extent of what they’re doing is refocusing their marketing efforts and money. Kotaku is still going to cover those games without the direct access provided by those companies. Access to those early review copies of games aren’t really free to publishers. They’re foregoing $45 for that copy (because they don’t get the whole $60 sticker price) to try to make more money from the exposure that $45 buys them on a given site.

On the one hand, I don’t like that Kotaku (or any site) would get its hand slapped for being journalists. They were given information outside of any legal agreements they made not to disclose it so they reported on the information. It’s not like they made up the story or went ahead with poor sourcing. It sure seems like the reporting was sound. While freedom of the press and freedom of speech only really matters as it relates to the government, the spirit of the law is for all to try to abide by that principle.

Since the law doesn’t require private businesses to always cooperate with the press, you can’t hold this against Bethesda and Ubisoft too hard. They’re within their rights as a corporation to deal with whom they want. If they aren’t happy with any site, they’re under no legal obligation to acknowledge their existence. It’s not like Kotaku is going to be severely disadvantaged by this. They’ll be a bit behind their competition when it comes to reviews and info that goes out in mass mailings but that’s the only real change as a result of blacklisting and no one’s noticed after Bethesda has locked them out for two years and Ubisoft one. So far for Kotaku, blacklisting is nothing more than an inconvenience rather than a punishment.

On the other hand, while the readers of Kotaku and other gaming news sites ate up the information provided by these leaks, if this was some guy on a forum that was posting all this information about a game before the publisher could officially release it, it wouldn’t be the PR department involved in this matter, it would be the legal department. Gawker Media should consider itself lucky that they didn’t get involved more legal action as a result of this.

Journalism should serve the greater good of society. I think there is very small percentage of the work done in games media that is beneficial to the consumer. You have reports and investigations into bugs and shady business practices that are pro-consumer work. The trailers, bullshots, interviews and previews don’t really provide that much information. That’s why I tend to stay away from them. Well, that and I don’t think that a gaming news site should rely and survive solely on that which is fed to them by PR departments.

Of course, a lot of that proper journalistic content doesn’t get much cooperation from the publishers and developers themselves. That comes through actual investigating rather than being handed a story by a publisher’s PR people. Where being blacklisted really impacts Kotaku is when they actually do some journalism and need comment from the publishers as part of their due diligence on a story. Not responding to any requests for comment leaves a gap in any journalism Kotaku attempts on matters related to Bethesda and Ubisoft as long as the communications blackout remains in effect. That includes this matter, coincidentally.

Do I like that any publisher would blacklist any outlet for reporting news? No. Does every publisher have to play ball with every outlet? Absolutely not. However, outlets shouldn’t be blacklisted for doing their job as fairly and objectively as possible. An outlet that approaches a story unfairly, biased and with an agenda is pretty much asking for trouble. There’s a massive difference between saying “we’ve seen evidence that this game is coming” and repeatedly saying “this game is sexist because I don’t like the characters/art style/etc,” for example.

There is an irony to Totilo’s editorial, though. He ends by claiming that Bethesda and Ubisoft’s actions “hamper independent reporting in pursuit of a status quo in which video game journalists are little more than malleable, servile arms of a corporate sales apparatus.” The problem is that substantially all outlets are happy being a branch of publisher marketing teams. That includes Kotaku which, since Totilo published his piece, has published stories showcasing the art of AC: Syndicate and World of WarCraft, a number of Black Friday sales (including Blizzard and EA’s) and several posts showing cool gameplay clips. I would think those posts might help sell a copy or two.

2 thoughts on “Kotaku, The Blacklist and What’s Left of Games Journalism”