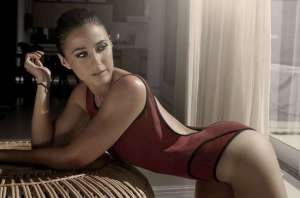 So have you seen Avengers Age of Ultron yet? It’s the movie everyone is talking about right now. Anyway, it was a solid entry into the Marvel Universe. Captain America: The Winter Soldier set the bar pretty darn high, so go into the cinemas with your expectations lowered down a notch. Anyway, I’ll start off the ELO entry with Emmanuelle Chriqui. No she’s not in Avengers but she’ll be in the upcoming Entourage flick.

After the jump, Daredevil almost got his own feature film reboot, big spoiler for Terminator Genysis, go see how old Microsoft thinks the Game of Throne characters are, some new tunes to listen to and watch how the elderly react to Mortal Kombat X.

So Avengers Age of Ultron was loaded with Marvel characters in it, including quite a few notable cameos. Now it appears that Loki was meant to show up but that ended up on the cutting room floor. (Slashfilm)

The Jurassic World featurette looks at the 1993 original film and what the new flick brings to the table. (Yahoo)

While Daredevil turned out to be a successful series on Netflix, Joss Whedon originally fought for the character to get a feature film of his own. (IGN)

The new poster for Terminator Genysis reveals quite the spoiler in regards to the character John Connor. (Yahoo)

Some Fantastic Four posters revealed to wet your appetites. (IGN)

Well looks like CSI is done, but will it get a proper send off or will the April finale be considered the series finale as well? (Collider)

Curious to see how the shows are actually performing on Netflix? Perhaps this will shed some light as to how many eyeballs Daredevil is able to draw. (Variety)

Microsoft released a tool that would help determine your age via photos. So it’s fun to see how it would interpret the characters from Game of Thrones. (Mashable)

Kristen Wiig appears on The Tonight Show, this time bringing her clueless schtick into the impersonation of Khaleesi. The end result is quite hilarious.

Heck, even Emilia Clarke approves of the above clip. The best part is that her reaction has created some awesome memes. (Mashable)

Music recommendation of the week, Daniela Andrade takes on a Gorillaz classic.

Hawkeye got the pipes!

And since we’re on the whole music theme, here’s Joseph Vincent’s music video for his latest track All I Need.

I’m currently enjoying Mortal Kombat X, though the ultra-violence might not appeal to all age groups. Well… here’s a look at how the elderly would react to the game.