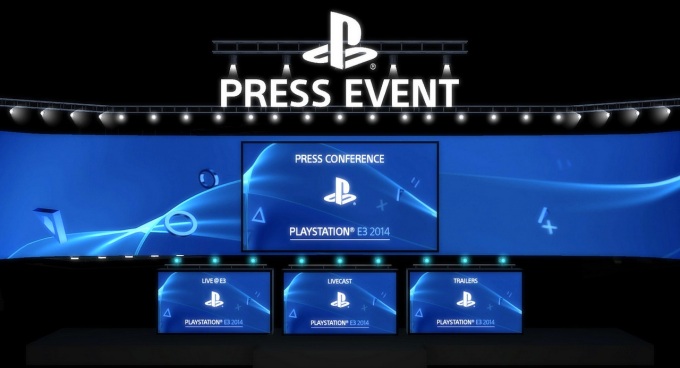 Some seven hours after the Xbox media briefing ended, it was Sony’s turn to try to impress gamers with their keynote to close out Monday’s E3 action. Unlike the green brand, the PlayStation crew used their 90-minute presser to mix their game previews with some new hardware and entertainment offerings. As a result, the middle of the presser dragged a little bit relative to the Xbox one but did the rest of what was shown impress more than what Microsoft had to offer.

Let’s get this out of the way first: Earlier this morning, I said that I didn’t like the delayed release of downloadable content to give an advantage over other platforms. So what’s the first thing that Sony does? They announce that Destiny would be coming to PlayStation platforms before any other. If it had just exclusive content (rather than needlessly delayed content and it does) or was a console exclusive or looked better on the better hardware, I could live with it. I don’t like this whole disadvantaging one group of gamers just for some cash. It doesn’t sit well with me and I’m not sure I’ll ever tolerate it.

Anyway, Destiny opened the show with a story trailer giving a bit of backstory to the game. I suppose that’s a nice touch since story was never really a Bungie priority with the Halo franchise. The big highlight of the trailer for me was Tyrion Lannister (AKA Peter Dinklage) starring as The Traveler which is some sort of orb that doesn’t at all remind you of 343 Guilty Spark.

Sony Computer Entertainment boss Andrew House mentioned that there would be a white PS4 Destiny bundle, a Destiny beta in July, a Destiny alpha starting Thursday and full release in September.

That was quickly followed by a gameplay video of The Order: 1866. This showed off some of the lighting tech of the steampunk third-person shooter. I want to say that it’s a zombie shooter but it looked like the zombie transformed into a werewolf in the same style as Lupin in the Harry Potter movies. I was looking forward to this game until this demo. It looks like a bog standard third-person shooter in steampunk clothing. I’m quite unimpressed with this showing.

Speaking of zombies, there was a Dead Island 2 trailer. It didn’t take itself at all seriously which is a better fit than the first Dead Island trailer. It would also be nice if the gameplay didn’t seem so damned dull and repetitive but maybe we’ll figure that out once gameplay is being showed.

These weren’t the only horror-ish games to get shown off at the press conference. From Software’s Project Beast got a cinematic teaser trailer. It’s official name is Bloodborne. While actual gameplay wasn’t shown off, it’s said to be a spiritual successor to Demon Souls so we’re all going to die repeatedly in this.

There was a surprise live demo of LittleBigPlanet 3 on stage. Not only was it a rare live and unscripted demo but it also showed Sackboy’s three new friends who will join him for this adventure and help him out with special abilities. Four player local co-op was featured on stage and it looked spectacular. The game will also allow for gamers to play the multiplayer levels from the two prior LBP games. The latest LBP game will be available in time for Christmas.

Naughty Dog closed the show with a teaser for Uncharted 4: A Thief’s End which appears to feature an older Nathan Drake banding together with Victor “Goddamn” Sullivan for one final adventure. And, yes, it looked every bit as spectacular as the E3 leak promised.

Co-op was also the focus of the Far Cry 4. You can play some co-op in there for no apparent reason. At least the demo included rampaging elephants. That was pretty awesome.

Sony also had exclusive trailers for Batman: Arkham Knight and Metal Gear Solid V: The Phantom Pain. Batman had some gameplay footage showing off the Batmobile and some of the villains. Battlefield: Hardline had another new trailer after all the ones we’ve already seen over the last week and earlier that day. The first gameplay trailer of Mortal Kombat X was also shown off. Naturally, it ended with a fatality montage.

Indies certainly got some love from Sony. Featured time was given to Entwined, an indie game that reminded me a bit of Journey and Dyad. No Man’s Sky, the breakout hit from Spike TV’s VGX, got a lot of time with gameplay videos and trailers. Devolver Digital got a showcase of its upcoming offerings for PS4 and Vita thanks to a deal with PlayStation. And Giant Squid, the new home of some of the folks behind Journey, gave us a first look at Abzu.

On the hardware side, Sony said that PlayStation TV (known as Vita TV in Japan) will be going worldwide soon for $99. It will let you play the Vita library of games including PlayStation Now. Project Morpheus got a brief mention as being introduced at GDC earlier this year but nothing more beyond that.

Speaking of PlayStation Now, it was announced that it would go into open beta in North America on  July 31st for PS4 users. Gamers on PlayStation 3 and Vita would get access soon with a beta on select Sony TVs coming after that. There’s still no news on pricing models but maybe we can see if the service actually works first.

The biggest news of all, though, was that Sony’s new partnership with Disney means that we’re getting a special treat. Grim Fandango, the cult adventure game hit, is getting remastered for release on PS4. That, my friends, is what we call a system seller.\

Notice how I skipped the talk about YouTube uploads, streaming interactivity with the audience and the entertainment offerings on PlayStation? That’s because most gamers don’t care about that stuff. One way that Microsoft trumped Sony at E3 was by only focusing on the games.

While Sony was the clear winner at E3 last year but I’d call it about even this year. Both companies had some impressive and some not so impressive moments. However, the big first-party shooters disappointed me slightly. It was the fun and colourful games that got my attention. You’d think that Sony would have knocked that out of the park with their Play, Create, Share line but Xbox came out slightly ahead on that front.

Hopefully both companies come out guns a-blazing for E3 2015 because that’s likely when I’m going to jump into this console generation.

For some trailers from the PlayStation presser, click over to the next page.