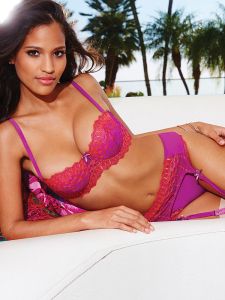 We’re just a few days away from a provincial election in Ontario. Most of the major newspapers are endorsing the Conservatives because they 1) forget the last Ontario PC government; 2) they seem to hate unions, public sector employees, education, social spending and anybody who makes less than $100,000; and 3) they figure that all politicians suck so why not get a new crew in there.

While I agree with #3, I can’t shake the fact that the Conservative job plan’s math is all made up and is based on job-years created rather than jobs. There’s also the commitment to cripple the education system. That’ll do us a lot of good. So I say vote Liberal. People will cry scandal and all that but do you really trust a Conservative team who can’t do basic math and still want to cut education spending. Economic growth starts with good education if you ask me.

The big news in Canada this week was a shooting in Moncton. Here’s a look at how it came to an end. (The Globe and Mail)

Fixing the American electoral system can be accomplished in one easy stroke: Stop letting the politicians gerrymander the districts. (Washington Post)

The US National Research Council says that a manned mission to Mars will be ungodly expensive but important for the future of the space program. (USA Today)

Just like the Guy Fawkes masks from V From Vendetta became a symbol of the Occupy movement, The Hunger Games’ three-fingered salute is a protest symbol in Thailand. (The Guardian)

Sex! No, I’m not trying to get your attention. That’s all that anyone at the World Cup is talking about. Should players be prohibited from having sex before their matches? (Sportsnet)

With the Canadian Grand Prix today, it only makes sense to look at some of the history of the race. (Top Gear)

Let’s take a trip down memory lane to one of the greatest failed promotions in baseball history: Ten-Cent Beer Night in Cleveland. (Cleveland Plain Dealer)

So it turns out that these videos of Justin Bieber being racist coming out at the same time isn’t a coincidence. TMZ has been sitting on them for years in return for access to Bieber. (Defamer)

Do you know what tonight is? Episode Nine of this season of Game of Thrones. As if you haven’t had enough memorable moments, it’s time for the signature episode of each season.