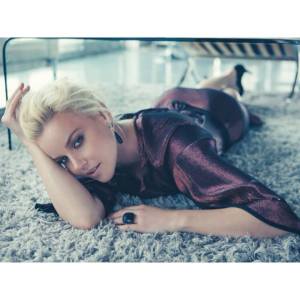 RoboCop finally hits theatres in North America this weekend. It’s not a terribly bad remake, but it will never top the original film. Anyway, let’s start the ELO with the leading lady from the film Abbie Cornish, who by the way is planning to release a rap album.

After the jump, don’t spoil House of Cards for Obama, tears are flowing at the final read of HIMYM, Jerry O’Connell is sorry too, watch a Friday Night Lights crossover and imagine what Let It Go would sound like it it was sung by a variety of divas.

Obama sure loves his TV. He is asking House of Cards fans not to spoil the show for him. (USA Today)

A neat little infographic showing which movie studio owns the rights to which Marvel character. (io9)

The final table read for How I Met Your Mother is a real tearjerker. (Zap2it)

While television show Girls get a lot of slack for the amount of skin it shows on TV, it does not quite take the crown as the TV show with the most nudity. (MTV)

Ellen Page recently came out as being gay, which pretty much confirms what most people have been suspecting anyway. (Entertainment Weekly)

Netflix is becoming the home of letting shows get a final run. Clone Wars is heading over there for it’s sixth and final season. (Slashfilm)

How does the new Robocop compare to the original film? You don’t really have to read this and you should know the answer. (Entertainment Weekly)

Now that’s awesome trolling. Jerry O’Connell has decided to set up shop next to Shia LaBoeuf for his latest exhibit… #IAMSORRYTOO! (E! Online)

Now I see why they never bothered with the prequel and sequel to I Am Legend. (Screen Rant)

Speaking of FNL, you can catch FNL alum Zach Gilford in the upcoming sequel to The Purge. Have a look at the teaser below.

Watch the hilarious ‘blooper reel’ from The Lego Movie.

It is rather amusing to see Gary Oldman perform Timber by Pitbull and Kesha.