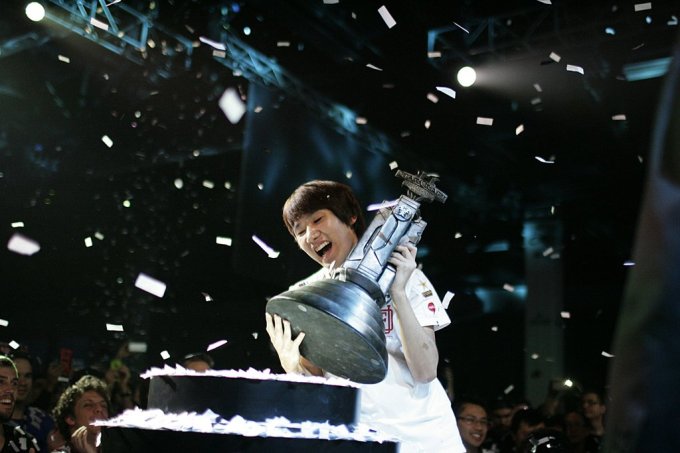 The beauty of sports is that anyone can win on any given weekend. That saying also extends to eSports. At this weekend’s StarCraft II World Championship Series Global Finals at BlizzCon, Korean Protoss sOs came in as the underdog 12th seed and beat four higher ranked players en route to winning the 2013 StarCraft World Championship.

During the BlizzCon tournament, sOs did his best to make it look like he was in a league of his own. He went 3-1 in each of the first three rounds over #5 seed Hero, #4 Polt and #8 Bomber

In the final best of seven series, Woongjin Stars’ sOs defeated Korean Zerg Jaedong of Evil Geniuses 4-1. Jaedong came into the tournament #3 in WCS points and as a crowd favourite. The loss was his fifth loss in a major tournament in 2013.

The first two games of the series saw sOs open with cannon rushes. However, Jaedong was able to weather the early pressure in Game 1 before succumbing in the late game. Game 2’s cannon rush crippled the zerg economy as it blocked Jaedong’s natural expansion and gave SOS two fairly decisive early wins.

The third game saw sOs try an unusual placement of his third base in the opposite corner of the map rather than the expected third location. Despite duping Jaedong into thinking he had a significant economic advantage, SOS was unable to capitalize as a mix of infestors and mutas overwhelmed sOs’ air army to bring the man known as The Tyrant back within one.

That third game was the best that Jaedong could muster. Early warp prism pressure took the Dong down quickly in game four and a quick Stargate and Phoenix play dropped the zerg in the fifth and final game giving sOs his first World Championship with a 4-1 score.

The casters and analysts made repeated mentions that sOs was changing how gamers would approach Protoss vs. Zerg matches going forward. His unorthodox style and unusual build orders certainly threw off Jaedong and the very skilled Zerg player just couldn’t muster a consistent threat against sOs’ march to glory.

For his effort, sOs more than doubled his career winnings with the $100,000 grand prize. Jaedong wasn’t left high and dry. He picked up $45,000 for finishing runner-up.