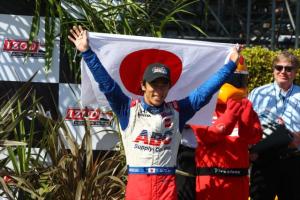 It’s been almost twelve years since Takuma Sato last won a race. That was the legendary Macau Grand Prix in November 2011. AJ Foyt Racing hasn’t run a race since an oval race in Kansas in July 2002. All it took for the two to break their losing streaks was to find each other as Takuma Sato picked up his first IndyCar win by taking the chequered flag at the Grand Prix of Long Beach.

Dario Franchitti started from the pole for the second straight year. Unlike last year’s race, Dario won the pole on raw speed rather than because all of the Chevy cars had grid penalties for engine changes. That raw pace was evident off the start as he was able to beat Ryan Hunter-Reay on both the start and the first restart.

This being a street course race, we didn’t have to wait long for the first caution. On Lap 4, Sebastian Saavedra put his car into the wall having overcooked it into Turn 9 off the backstraight and into to tires. 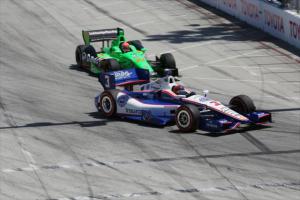 The race would carry on under green until Lap 30 when a full-course caution interrupted green flag pit stops for the leaders. The result shuffled the order and put Takuma Sato on the point. While that caution was short, green flag racing was even shorter as racing resumed for one turn before James Hinchcliffe lost a wing heading into Turn One and collected Oriol Servia in the resulting dust-up.

Taku wasn’t to be touched for the rest of the day but it was close for a bit. Graham Rahal was looking for his first IndyCar win since St. Pete in 2008. It was his closest run to the front since last year’s Texas race which saw his tires fade at the end. This time, it wasn’t Rahal’s Bridgestones but the crushing speed of Sato. 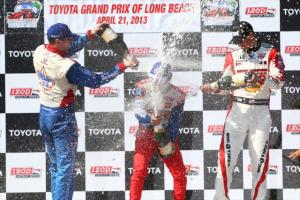 The win was Sato’s first in 52 races in the series since joining after leaving Formula One. Rahal’s 2nd was his first top-ten of the season and his 7th career IndyCar podium (11th if you include his Champ Car podiums). An alternate strategy saw Justin Wilson vault up the field during the second caution to grab 3rd.

Dario Franchitti’s day didn’t end as it started but at least he finished his first race of the season by coming home 4th. J.R. Hildebrand was the top Chevy on the day with his second consecutive 5th in the Grand Prix of Long Beach.

Oriol Servia caused the final caution of the day by punting Tony Kanaan with two laps to go. The resulting time penalty for avoidable contact left him 6th. Marco Andretti was the lone bright spot on a terrible day for Andretti Autosport with a 7th place finish. Simon Pagenaud and Simona de Silvestro started 17th and 19th, respectively, but climbed up to 8th and 9th, respectively. Helio Castroneves was the only Penske car in the top ten in what  is looking like an increasingly underwhelming season for the Captain. That said, Helio still holds the championship lead through three races. 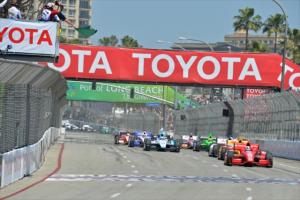 The Grand Prix of Long Beach has been a staple of open-wheel racing, both Formula One and CART/Champ Car/IndyCar, since 1975. Naturally, its history and prestige make the promotion rights a hot commodity and current promoters, Kevin Kalkhoven (of KV Racing fame) and Gerry Forsythe (of Player’s/Forsythe Racing fame), aren’t willing to part with the race unless they were offered “stupid money.”

Of course, some people are said to be willing to part with stupid money to get control of the race. Domestically, Green-Savoree Racing Promotions is rumoured to be pondering a bid. Green-Savoree own the Mid-Ohio Sports Car Course and promote the IndyCar weekends in St. Petersburg and Toronto. Another IndyCar race would be right up their alley.

In Motor Sport Magazine, Gordon Kirby speculated that race founder Chris Pook and F1 supremo Bernie Ecclestone could put in their own bid. There would likely be stupid money involved in that bid. I can’t Bernie buying Long Beach unless he had Formula One plans for the 3.2-km street circuit. However, it’s not quite up to F1 standards so I can’t see what Bernie’s play would be in buying the LBGP unless he wants to put his own money into scads of upgrades.

Audi is looking to expand its profile in North American motorsports and IndyCar is on the German car manufacturer’s short-list of options. Speaking with reporters, Audi’s Wolfgang Durheimer said that they were considering entering the American German Touring Car Championship (or, in German, Amerikaner Tourenwagen Masters, AKA ATM), the United SportsCar Racing (USCR) series and/or IndyCar.

When Randy Bernard was out pitching his new engine and car formula to manufacturers, he reached out to Audi and FIAT over in Europe, in addition to domestic manufacturers. It was believed that FIAT was more interested in getting involved in IndyCar and had gone so far as to determine which brand they would use in the series with Fiat and Alfa Romeo being the preferred options over Ferrari and Maserati.

Durheimer said that Audi expects to go into two out of the three American series. Given Audi’s interest in sports car racing, a Prototype entry in USCR is almost a certainty. From there, it would be a matter of choosing between the established IndyCar Series and new ATM.

While Audi is a DTM mainstay in Germany, it doesn’t mean that joining ATM would be a given. It’s not supposed to be a small investment in Germany and I can’t imagine that the Audi Board of Directors would be sold on big expenses for a new series. Basically, it’ll come down to whether the exposure from the Indy 500 would make a better investment than whatever ratings Audi expect a touring car series to draw in America.

I’d say that IndyCar would be the right choice for Audi but clearly I’m biased since I am writing an IndyCar column.

Speaking of manufacturer involvement, Chevy and Honda are again making a push for the series to introduce aero kits. If you recall, when Dallara launched their current-gen IndyCar, called the DW12, the idea was that the tub would be universal but the sidepods and wings would be sold as part of aero kits sold by interested manufacturers. 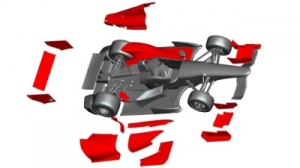 As a cost-saving measure, team owners decided that only the Dallara aero kit would be used upon the launch of the car in 2012 and again in 2013. Now, engine manufacturers are putting pressure on IndyCar to finally introduce aero kits. According to Speed’s Marshall Pruett, support for different aero kits has been growing among drivers and owners.

There are pluses and minuses to aero kits. On the one hand, it’d be nice if there’s a little variety to how the cars looked. The kits could even help Honda level the playing field on road courses where they seem weak compared to the Chevy cars. On the other hand, the racing is absolutely fantastic right now. It’s possible that aero kits could reverse the progress that the series has made in the quality of racing.

I don’t think it would hurt to try introducing aero kits. IndyCar has to be vigilant with its rules and enforcement to make sure that the kits are relatively level so one aero kit doesn’t dominate. My thinking is that decisions should be made based on making the racing exciting. The series won’t grow if we’re watching parades. 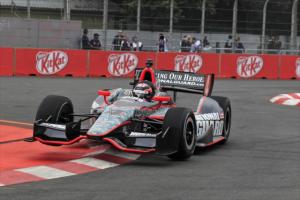 The next round of the 2013 Izod IndyCar Series is this year’s first on foreign soil. In two week’s time, the series heads to Brazil for the Sao Paulo Indy 300. This race is noteworthy for the absolute monsoons that have interfered with this race over the two of the previous three runnings. If we get another deluge, which is never out of the question, anything could happen.

What we do know is that Will Power has won all three races in Sao Paulo and it wouldn’t surprise anyone if he went four for four. Given that we’ve gone three races with three different winners and twice with first time winners, it wouldn’t be a surprise if the winner came from nowhere. You know, Simona’s pretty good on street courses…