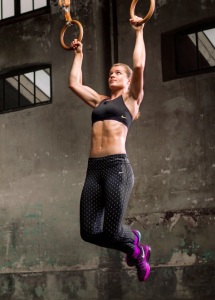 Anyway, it’s Wednesday so it’s time for us to do the links. Since I didn’t do an Olympic picture to start off on Sunday, let’s make up for it now with Dutch sprinter Dafne Schippers.

Is Ryan Lochte a lying, entitled frat boy who ruined the Olympics? USA Today did an in-depth investigation including visiting the scene, reviewing video, interviewing witnesses and looking at official investigation documents has found that Lochte’s story was embellished but so were police accounts and Lochte was held at gunpoint by a man with a badge. (USA Today)

The biggest challenge facing both American political parties is that neither Presidential candidate has much support from young voters. (Fortune)

If your name has Trump in it, whether you’re a person or company, you’re cashing in from the Donald Trump Presidential campaign. (Vice)

It looks like Russia is getting internet trolls to help further the Trump agenda online. (Business Insider)

Former Gawker editor Max Read looks into the death of the site he used to run. You may know Read as Gawker’s editor when a story about a allegedly closeted executive was pulled by Gawker management leading to a mass resignation by Gawker editorial staff. (New York Magazine)

The Tragically Hip concert was one of Canada’s biggest cultural events. About one-third of Canadians were watching the concert somewhere. I’ve read that the Hip’s viewership was only about 5 million less than the 2010 Olympic hockey gold medal game. Pretty damn good considering that like half of Canadian basic cable and network channels were broadcasting that game. (Mobile Syrup)

The Cincinnati Zoo asked people to stop making a meme of Harambe. Not surprisingly, that request backfired in spectacular fashion. (The Independent)

With the aid of hindsight, former BBC boss Mark Thompson says that firing Jeremy Clarkson was a mistake. (Star Tribune)