I don’t know about you but it seems like this year’s edition of E3 was generally underwhelming. It felt like we knew what was coming from the triple-A publishers before most of it ever appeared on stage at a press briefing. Sure, the videos were new content but the actual titles announced and demonstrated on-stage were almost all public knowledge before they were supposed to be public knowledge. The industry has been shifting to a continuous hype train for upcoming games and it’s made E3 needless as a result.

In the run up to E3, every news site and blog, including this one, compiled all of the E3 rumours, leaks and official early announcements for the E3 press conferences. With the exception of Steep at the Ubisoft briefing, Tekken 7 at Xbox and several at PlayStation (including Death Stranding, Days Gone, FarPoint, and Batman: Arkham VR), we knew that what games were in development and which of those were going to be shown.

The biggest problem with this E3 was that the list only got slightly longer when you remove actual rumours and leaks. For example, the only thing that was news out of EA was Fe because they had told us that everything else existed in advance of Sunday’s presser. If you go to Bethesda’s conference, the only game not known about in advance was Quake Champions. Again, Tekken 7 and also State of Decay 2 weren’t officially in production before Xbox’s announcements. Ubsioft would have had more surprises at their presser if they didn’t jump the gun on Watch Dogs 2 and Star Trek: Bridge Crew. 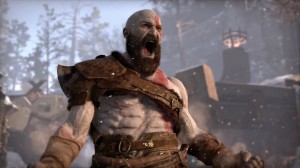 Sony was the only company that tried to keep its lineup under wraps and people were happy with their press conference as a result. Sure, there were rumours of a new God of War game, that the Kitchen tech demo logo had the Roman numeral VII hidden in plain sight and that a Spider-Man game was in the works but Sony didn’t try to control those stories after rumours of these games entered the wild. They just let the rumours play out quietly and take hold of the stories at their press conference rather than chase them like Ubisoft did or WB did with Injustice 2.

There are a few lessons to be learned for companies coming out of E3. First, it showed that hastily changing plans because of leaks doesn’t really benefit you when it comes to E3 buzz. Sony didn’t react and put on what is the consensus best presser at E3. People want to feel like they’re seeing something new and exciting rather than seeing something that they’ve already seen, even if it’s new footage of the same old gameplay that we’ve already seen.

It also told us that being on or off the show floor at the LA Convention Center and officially at E3 doesn’t actually matter when it comes to E3. The difference in reactions between Sony and Microsoft conference wasn’t just about what was shown but how it was shown. Sony had game after game with minimal breaks in between trailers. It was introduction, trailers, PlayStation VR, trailers, Crash returns, trailers, goodnight. Microsoft’s was hardware, trailer, introduction, trailer, intro, trail and so on until hardware at the end. Most people preferred Sony’s keynote because the focus was on games. Stack up the rest of the briefings against Sony’s and you’ll find the same thing.

In the run up to E3, many in the press were saying that EA and Activision abandoning the show floor at the LA Convention Center showed that E3 was dying. The only people who cared about who was where in Los Angeles for the week were the press who had to shuttle between locations for appointment. For gamers, it’s a plus because E3 is a press event but off-site events were open to gamers who want to play games.

To me and many gamers, E3 is about the latest and greatest in video games. Sometimes, E3 hits the mark. Sometimes, it misses. However, this year, there isn’t much new at E3. A lot of this year’s E3 was about games that were officially announced prior to E3 or games from last year that still haven’t come out (though I don’t mind games coming out up to 18 months after their first E3 appearance). While there might have been release dates or a new scenario presented, there was nothing really new that publishers showed to get excited about. We’ve all complained about franchises killing originality in games and that ties into this issue. If all we’re seeing is stuff we’ve seen before, there’s nothing to get excited about. It’s the same old stuff we’ve already seen.

So how have we reached this point where there’s nothing to get excited about at E3?

The problem is that video game marketing is designed to generate hype behind a product so that you’ll throw down your money for a game sight-unseen. They want to generate momentum behind the game to maximize revenue and cash flow before the product is even delivered. Sure, we might get a new game announced at E3 but twelve months later, you’ve read countless interviews, previews, press releases presented as news, analyzed screenshots and trailers, talked about it online and generally burnt yourself out on what little you know about a game. You’ve reached maximum hype before the second E3 a game appears at and that’s before that game even comes out.

The industry itself seems to be determined to make E3 an afterthought by moving all the news away from E3. The show is now a relic of an age when the primary source of gaming news was monthly magazines or when you couldn’t download a demo (or vertical slice) of a game on any platform. The industry has moved on by making the marketing for a game a year-round campaign. Maybe we’re the only ones that still have high expectations for E3.