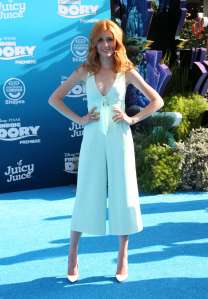 After a week off to spam E3 coverage (which isn’t done yet), the ELO is back. I’m in for Jackie who is on some sort of world tour. And by world tour, I mean he’s probably trying to drive through Australia to experience all four seasons in a week.

Anyway, Hollywood brings us two movies on what is an extraordinarily hot weekend in my part of Canada. You have your choice of Finding Dory and Central Intelligence. I’d imagine most everyone will go see Finding Dory because it’s a Pixar movie. I suppose that means that it’s another weekend where no one is going to see Warcraft. Well, there’s always Netflix.

Just in time for this weekend’s Game of Thrones epic, where does the big budget on a blockbuster movie get spent? (The Scene)

The Lego Movie 2 has been pushed back a year to 2019. It’ll help make up for the inevitable poor results for Justice League 2 and Shazam. (Deadline)

Despite some troubles with the Stick of Truth thanks to THQ’s bankruptcy, The Fractured But Whole has Trey Parker and Matt Stone thinking of video games as the future of their series. (EW)

I didn’t realize that he was a thing but Wilder Valderrama, best known as Fez and a required stop on the Hollywood starlet dating circuit, is joining NCIS. Actually, I’m not sure if I’m more shocked about the continued existence of Fez or NCIS. (Daily Mail)

While it’s in no danger of losing its #1 spot, ESPN has been hurting over the last couple of years as people cut the cord and their pricey ESPN subscription. What can they do to course correct? (Medium)

Curling is in the midst of scandal over a new broom that crafts the shot you want. Exactly what I need… Well, if it could help my weight. My line is impeccable. (Global)

As usual, don’t believe what you read in the newsy-tabloid headlines. That paternity test with a celeb you’re reading about is probably a hoax. (Blind Gossip)