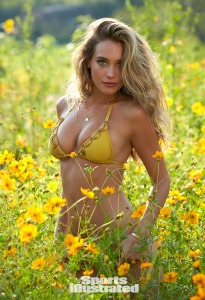 I know I’ve mentioned how some weeks are easier to find weeks than others. Sometimes, though, it’s nice to have links about new stories. As much as I’m sure Brian Williams interests most of you, there has to be other things in the world that are worth writing about. I swear the media finds one bit of clickbait to latch onto and it doesn’t let go.

Anyway, it’s time for the links. Since she’s on the cover of the SI Swimsuit Issue, here’s Hannah Davis.

Brian Williams is being whipped from pillar to post after it came out that he lied about being shot down in Iraq. The story’s traction might come more from the public spectacle than the principle of the matter. (Bloomberg)

The spectacle doesn’t change the fact that NBC news is in complete disarray at the moment. (The Daily Beast)

Late breaking news before this post went scheduled. Jon Stewart will be leaving The Daily Show later this year. After ten years, Comedy Central’s late night dominance will come to a complete end. (The AV Club)

The CRTC is looking into the restrictions that Bell has placed on CraveTV and Shaw/Rogers have place on Shomi. (CBC News)

Two years after his suicide, Aaron Swartz’s story will come to TV as a documentary. (The Guardian)

Stoned drivers are apparently better drivers than drunk drivers. No, you shouldn’t drive while stoned but you REALLY shouldn’t drink and drive. (Washington Post)

Hockey Night In Canada’s ratings are down from last year even when you factor in the multi-network bombardment from the new Rogers deal. So what has gone wrong? (Pension Plan Puppets)

I really suck at tying ties. I’ll readily admit it. I only wear ties maybe 12 days of the year so that’s probably part of the problem. It’s a good thing I’m not on NHL TV because @NHLties would eat me for lunch. (ESPN)

Speaking of sports media, Dan Patrick and Colin Cowherd are embroiled in a feud that few care about. However, it stems from the very nature of the two men. (Sports Grid)

I don’t know what’s up with wrestling parodies and Taylor Swift mashups but here’s 22 mashup up with WCW’s Sid Vicious.