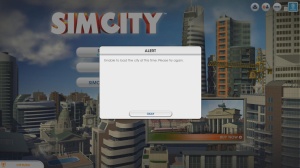 Much to no one’s surprise an EA game is going to be getting DLC and microtransactions. Reports suggest that Maxis is currently working on a new DLC for SimCity and is trying to integrate microtransactions into the game. Despite the changing of the guard in the CEO’s office, it’s business as usual for EA.

The microtransactions are said to be fairly straight forward. For now, the plan is to only use them to top up your city’s bank account. The conversion rate of actual money to Simoleons (they still use that as the currency, right?) hasn’t been set in stone yet and likely won’t be revealed until the addition of microtransactions is officially launched.

The DLC is going to be much more controversial. One of the complaints about the game, aside from not working on launch, was the small city sizes. This new DLC will expand city sizes up from the current 4 km² (2 km by 2 km) to at least 9 km² (3 km by 3 km). Depending on server loads, that could end up closer to 16 km² (4 km by 4 km) which was the same size as a large city in SimCity 4.

That EA and Maxis would expand city sizes isn’t a shock. In an interview prior to the game’s release, Maxis Creative Director Ocean Quigley said that expanded city sizes would come eventually. The small city size was originally put in place to make it easier to run on a variety of computers and put less load on the servers which worked out perfectly, if memory serves. Now that the server issues have been sorted out, Maxis appears to be moving ahead with opening the game up a bit.

While the DLC will automatically increase your city size, players who would rather not pay for the DLC can expand city sizes through microtransactions. Players will have to buy bigger plots of land on a per city basis. Like with the in-game currency microtransactions, Maxis is said to still be playing around with a few purchase prices for expanded cities.

In addition, the DLC will reintroduce the popular land editing ability from previous SimCity games which allowed you to edit the height of terrain and add trees and water to your city. Long-time SimCity fans had noted the absence of these features along with the previously mentioned small city sizes. It looks like they’ll get them back but they’ll have to pay for it.

The internal code name for the DLC is “Terraform.” Mind you, considering that this is an always online game, I’d suggest that the term “Expansion Pack” would be more accurate than DLC. That’s what they usually call add-on packs in MMOs.

It’s expected that the Terraform DLC/Expansion will be officially announced during EA’s keynote at E3 in June. The reported planned price is $15. And the anticipated backlash will be massive.